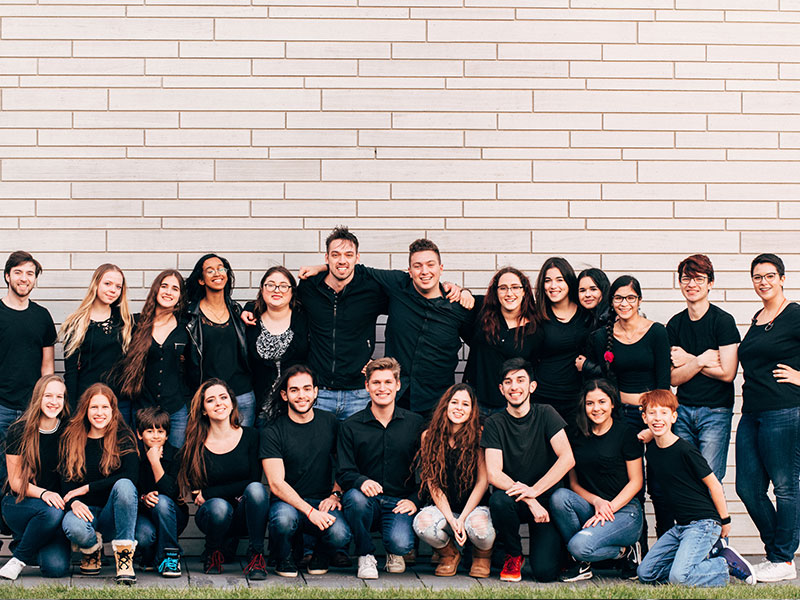 Dan Petrenko, JDY theatre‘s 19-year-old award winning founder, has adapted and directed a new musical production called The Old House, which will be put on by the JDY theatre group.

The musical will be shown on Feb. 10, 11 and 12 at the City Playhouse Theatre located on 1000 New Westminster Drive, Thornhill, Ont. It will also be featured at this year’s Winter Limmud FSU, which will take place on Feb. 11.

The Old House is set in Odessa in the 1970s, and was given this title because the events take place in, and are surrounding, the old house where the main characters reside. The story revolves around two main characters, Dina and Andrew, who are played by Dana Turetski and Giora Klichinsky. They are a young couple wanting to get married, but they soon learn that they do not just need the approval of their families in order to get married, but also of all their neighbours. At its core, the musical is about love and the very different family values of the old and new generations, which lead to “the eternal misunderstandings between parents and kids.”

“This story is important because it explores familial issues and conflicts that almost anyone can relate to, regardless of their age or background,” says Yan Shvartsman, who is a fourth-year student at York University, doing a double major in biology and kinesiology. He composed all of the music for this production, and will also be performing in the show, playing the part of Ernest.

“Theatre is a part of our lives but it’s not necessarily what we study,” said Shvartsman. “Whether it’s acting or music or dance, this show is an amalgamation of all three of those art forms. We have an award-winning choreographer, Veronika Bah from the Fouetté Academy of Dance, and original music and script. Everything in this show is just really unique.”

As the composer, Shvartsman says that he hopes that people will be able to see the humour in both the funny and serious situations that are portrayed on stage, and that this production will help people reflect on their own lives and experiences.

The JDY theatre is a completely volunteer-run program, consisting of around 25 mainly Russian-speaking Jewish students in elementary and high school, as well as university students. “Not all of our participants are Russian Jews,” explained Shvartsman. “Some of the actors and crew members are not part of this community, but they like to be part of our theatre family, and we’re all appreciative of the culture.”

The theatre group has already created two other original productions, At the Copa and Train for Two, which were both very successful shows. All of the students bring different skills to the production, whether it be dancing, singing, acting, or being part of the backstage crew. Many of them are also heavily involved in other Russian-speaking Jewish initiatives, such as Jewski and J. Academy.

This theatre group was established in 2015, as part of J. Projects, which is the Russian-Jewish initiative by the Schwartz-Reisman Centre, and is generously funded by the Genesis Philanthropy Group and the UJA.