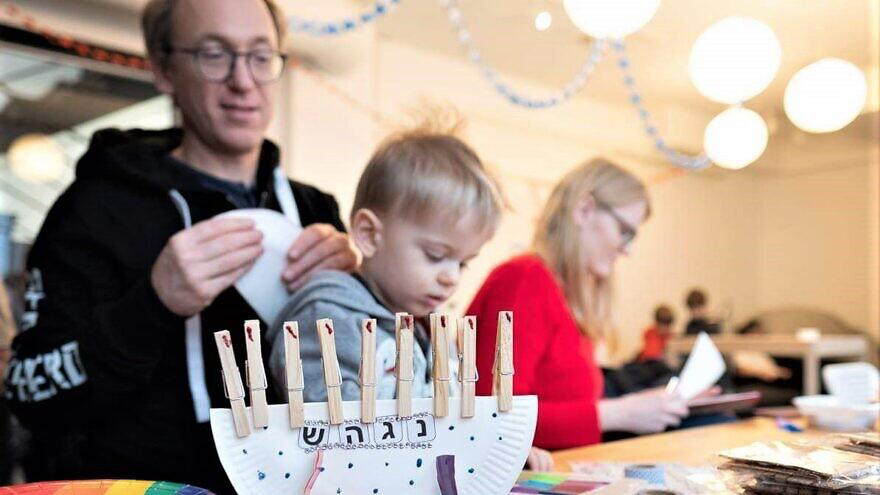 In Eastern Europe, the revival of Jewish life is on full display.

Tens of thousands of people from Jewish communities worldwide will come together to celebrate Hanukkah at numerous events sponsored by the American Jewish Joint Distribution Center (JDC). From Moldova to Morocco, Jews from emerging, established and ancient communities will partake in concerts, cooking workshops, cultural performances and volunteer opportunities for the elderly and for those in need.

“There is perhaps no greater way to mark Hanukkah—and the ongoing resilience of the Jewish people in the face of challenges like rising anti-Semitism today—than through the proud and diverse holiday activities we help make possible throughout the world,” said JDC interim CEO Asher Ostrin. “Not only do these events bring communities together in a shared celebration of our ancestor’s victory over forces wishing to eradicate Jewish culture and religion, they offer the warming glow of tradition, family and hope. This message—of bringing light where there is darkness, and fostering strong Jewish identities and communities for the future—is at the heart of all we do year-round.”

In the former Soviet Union, where JDC’s extensive presence includes care for impoverished Jews and the building of community life, celebrations will include Hanukkah parties in Kishinev, Kiev and Tbilisi, where community members will light menorahs, play the traditional dreidel game and participate in holiday-themed workshops where teens will get to make their own Hanukkah candles.

In other parts of the region, community members with disabilities, often on the margins of society, will be included in Hanukkah celebrations lighting the menorah and eating a festive meal of latkes and sufganiyot(jelly-filled donuts).

In Eastern Europe, where JDC has partnered with local Jewish communities since its founding, the revival of Jewish life is on full display.

In Poland, dozens of participants will perform a Hanukkah play in Hebrew at JDC’s flagship Warsaw JCC, where the local Jewish father’s club with have a cooking workshop, and its young families club will partake in a fair with a chance to build their own menorahs and compete in a dreidel contest, bringing new traditions to the burgeoning community in a country once home to millions of Jews before the Holocaust.

In Bosnia, home to one of the oldest Sephardic Jewish communities on the continent, a women’s club will prepare traditional Hanukkah desserts like foulares, a pastry made by other communities for Purim, to ensure that local traditions are passed on, and that all members of the community can enjoy these timeless treats.

Meanwhile, across Romania—in Bucharest, Timisoara, Oradea and Iasi—thriving Jewish communities will come together to hold Hanukkah shuks or “markets,” where members of the community will bring secondhand clothes, books, decorations and other goods to sell, with the money donated to charitable causes inside and outside the Jewish community. And as many as 700 volunteers are set to visit hundreds of seniors in 35 Jewish communities around the country, bringing gift packages with menorahs, candles and holiday treats.

Other Hanukkah offerings include a variety of volunteer opportunities to deliver the joy of the holiday to the homes of the elderly, needy and people with disabilities.

In Sumy, Ukraine, volunteers from JDC’s network of local volunteer centers, powered by a partnership with the Genesis Philanthropy Group, are preparing for their “Holiday in Every Home” project, where children will bring gifts to the city’s home-bound elderly.