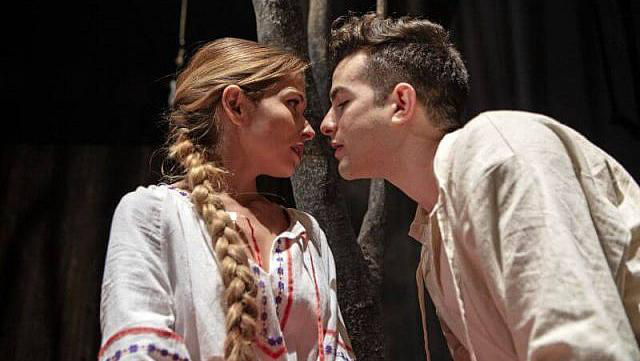 Habima puts on performance of Behind the Gate, a short story by Haim Nahman Bialik.

Israel’s national theatre, Habima, has staged a play, Behind the Gate, based on a short story by Haim Nahman Bialik, in Hebrew and Russian.

The discussion focused on the relevance of Behind the Gate to today, and the co-operation between Habima and Genesis Philanthropy Group. Together they aim to introduce Russian-speaking audiences to Habima and to highlight Habima’s cultural roots, inextricably linked with the history of Russian Jews.