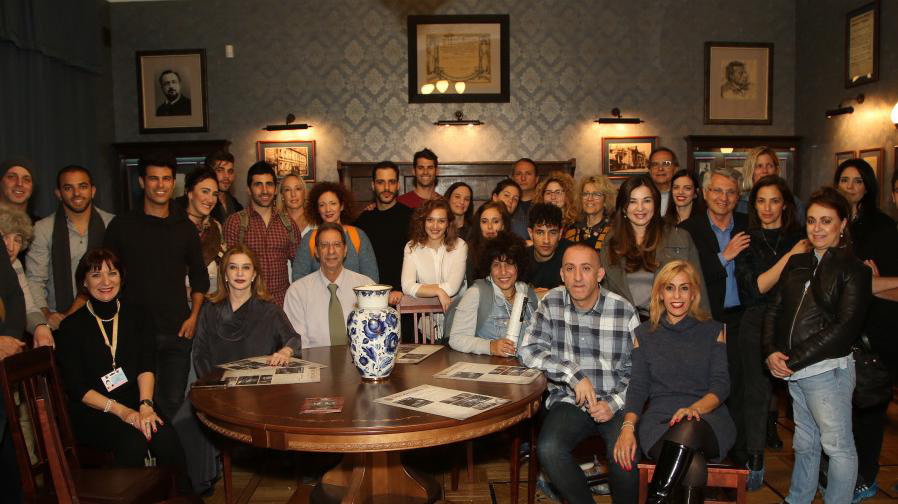 Tel Aviv's iconic Habima theatre, which was founded by Nahum Zemach in Białystok in 1912, performed in Moscow after a hundred year absence.

Since Saturday, Habima began running two of its flagship productions at Moscow's Vakhtangov Theatre. The Israeli embassy in Moscow, Foreign Ministry, Nativ - an Israeli governmental liaison organization that maintained contact with Jews living in the Eastern Bloc during the Cold War and encouraged aliyah, or immigration to Israel - and  Genesis Philanthropy Group will host a high-profile event to honor the occasion.

"It is a seminal event, an exciting milestone in Israeli culture in general and in particular for Habima. One hundred years ago we dreamed of a theater in Moscow to establish the Hebrew tradition - and we are proud to be back here. This is our gift for the 70th state," Odelia Friedman, the Executive Director of Habima, said.

The Vakhtangov Theatre was chosen because Yevgeny Vakhtangov, for whom the theater was named, trained the first group that came out of Habima theater.

President and CEO of Genesis Philanthropy Group, Ilia Salita, lauded the event as an opportunity to celebrate Jewish life and culture in Russia.

"This event establishes an exciting new connection between modern-day Israeli and Jewish culture which has deep roots in Russia. With this project, Genesis aims to strengthen the cultural connection shared identity among Russian-speaking Jews to all of Israel, " he said.

The first play, Signposts, ran on Saturday while the second play, A Simple Story, ran Sunday and will have its last showing on Tuesday.