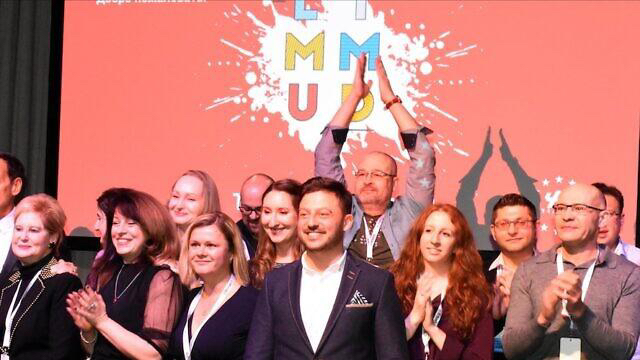 More than 600 Russian-speaking Jews from 25 countries gathered in Vienna, just before the coronavirus out-break, for the annual Jewish learning and culture festival Limmud FSU.

The three-day event was attended by Austrian ministers and coincided with the 75th anniversary of the liberation of Austria’s Mauthausen concentration camp, where there was a moving ceremony that included Racheli Kreisberg, the granddaughter of camp survivor and famed Nazi hunter Simon Wiesenthal.

Businessman and philanthropist Matthew Bronfman, chair of Limmud FSU’s steering committee, said: “Our thrust is to spark somebody’s Jewish journey after 70 years of communism and no Jewish education through music, politics, dance and Torah. Whether you’re religious or secular, Limmud FSU is here for you.”

Ilia Salita, president and chief executive of Genesis Philanthropy Group, which supports Limmud FSU, said: “The inspiring success of this event is yet another testament to the resurgent dynamism of the global community of Russian-speaking Jews, who are rising to reclaim their identity and legacy and to fully become part of the Jewish world.”

Every year thousands of young Russian-speaking Jews get involved from places as disparate as Australia, Toronto, California and Moscow, yet unlike most other Jewish organisations it is volunteer-driven, except for a small team of paid staff members.

The event also attracted public figures, including Israeli Ambassador to Austria Mordechai Rodgol; Oskar Deutsch, the president of the Jewish community of Vienna; Yitzchak Sonnenschein, the head of the British delegation of the World Zionist Organization, Kreisberg and Israeli TV presenter and journalist Gil Hovav.

Also attending was Karoline Edtstadler, Austria’s federal minister for the EU and Constitution, who condemned the recent antisemitic attacks in Germany and vowed her government would oppose the boycott, divestment and sanctions movement.