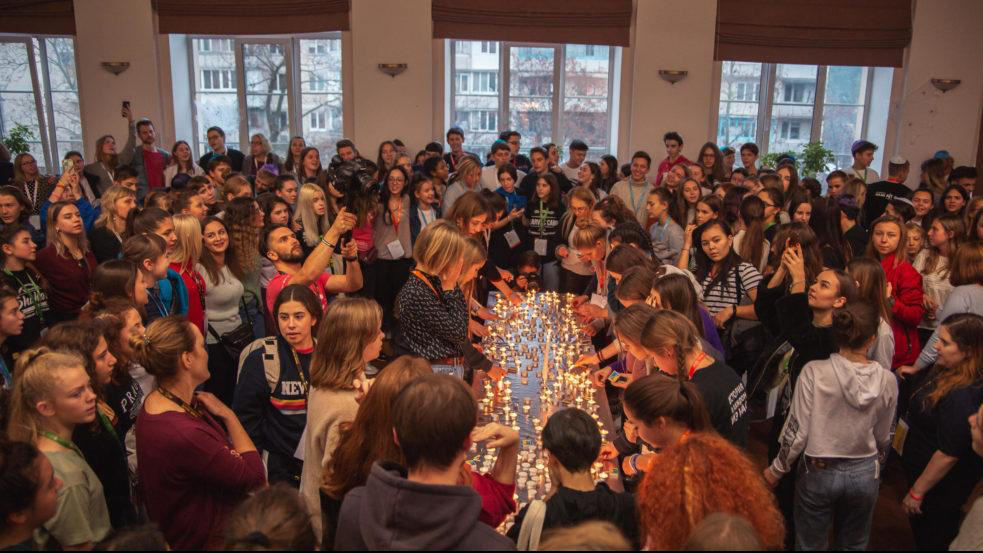 More than 400 Jewish teens from around the world gathered for the sixth annual Active Jewish Teens Conference in Kyiv, Ukraine

Organized by the JDC, the global Jewish humanitarian organization also known as the American Jewish Joint Distribution Committee. A bar/bat mitzvah ceremony for five teens, a conference first, was one highlight.

“In much of the rest of the world, a b’nai mitzvah marks the entrance of young people into adulthood and the obligations of Jewish community life. But for AJT teens, this sense of responsibility and identity are already on the fast track. They are the emerging leaders of the post-Soviet Jewish space,” says Michal Frank, director of JDC’s former Soviet Union operation. “Their enthusiasm is key to building not just the future of Jewish life in this part of the world, but globally as they build bridges to other Jews the world over.”

The gathering, created and run by AJT teens, drew participants from across the former Soviet Union, as well as the United States, Latvia, Lithuania, Estonia, Austria, Israel, and Germany. More than 150 workshops explored the theme, which was the Jewish experience in communities around the world.