How to celebrate Yom Ha'atzmaut from home 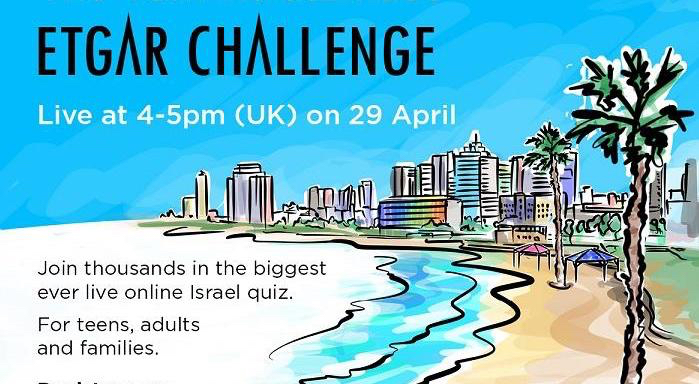 For most of Jewish history, the period after Pesach was marked by the counting of the Omer and while that is still the case, the 20th century brought three new days...

into the calendar to mark seminal moments in our people’s story.

Yom Hashoah, to commemorate the Holocaust, will have passed by the time you read this, but Yom Hazikaron (Israel’s memorial day for fallen soldiers and victims of terror) and Yom Ha’atzmaut (Israel’s Independence Day) are next week and are crucial to British Jews’ connection to Israel.

Of course, there is no substitute for being in Israel itself during this period and if you have never attended a Yom Hazikaron tekes (ceremony) or joined the celebrations for Yom Ha’atzmaut there, it is well worth it. This year this is not possible and many of us feel a deep sadness that we cannot just jump on to a plane to Israel.

We will be able to go back soon, but what can you do at home this year? Without school programmes, special assemblies and communal events, parents may want more help than they usually need to make the day meaningful for their children.

It can be a catalyst to improve your Ivrit. There are so many tools for Hebrew language acquisition out there, including of course the Duolingo and Rosetta Stone apps. But why not use this lockdown to connect to friends or family in Israel and get them to teach your family a bit more Hebrew? Or join UJIA and the Jewish Agency’s daily short burst of Hebrew, Ivrit Bekef, a fun and accessible way to get you speaking (and laughing), whatever your age.

For younger members of the family, UJIA has partnered with PJ Library, so for the month of April, along with the Israel-focused books that 7,800 Jewish children up and down the UK will have received, we have created a website jam-packed with fun activities both online and offline. They include Hebrew word-matching games, flag-painting and recipes (with video instructions!).

JNF UK are inviting you to record a song and send it in to their “Song Ha’atzmaut” competition. It can be in English or Hebrew, an old classic or a new composition. The deadline is Monday evening, so get rehearsing and recording!

Of course, Yom Hazikaron is a solemn occasion and attending a tekes is a way to show support for the families of the fallen and reflect on the sacrifices that have been made to keep Israel safe and secure. In-person gatherings are not going to be possible this year, but technology will allow you to attend any number of ceremonies being live-streamed around the Jewish world.

We at UJIA are hosting ours at 8pm on Monday (or go to UJIA’s Facebook page), while Bnei Akiva’s flagship transition ceremony (including both Yom Hazikaron and Yom Ha’atzmaut) will be on Facebook and YouTube at 7pm on Tuesday.

On Yom Ha’atzmaut itself (Wednesday), if you have a garden, a traditional Israeli BBQ is a must. The Zionist Federation and World Zionist Organisation are inviting you to take a photo of your BBQ and post it under the hashtag #HomeAtzmaut. It’s a great chance to try out one of those tempting Ottolenghi grills or salads (even if you have to substitute for simpler ingredients).

After lunch, it’s time to settle in for the Yom Ha’atzmaut Etgar Challenge (4pm UK time — sign up here). A global competition via the app Kahoot, it will test your family’s knowledge and you can compete with others around the world.

When schools do go back, many Jewish schools will start using a brand new year-nine curriculum, developed by Pajes and supported by UJIA, that will launch in September 2020. This exciting, transformative project is part of our commitment to Israel education not just for this week but the whole year, and not just for the past 100 years but for many decades to come.