How tech provides new ways to learn about the Holocaust 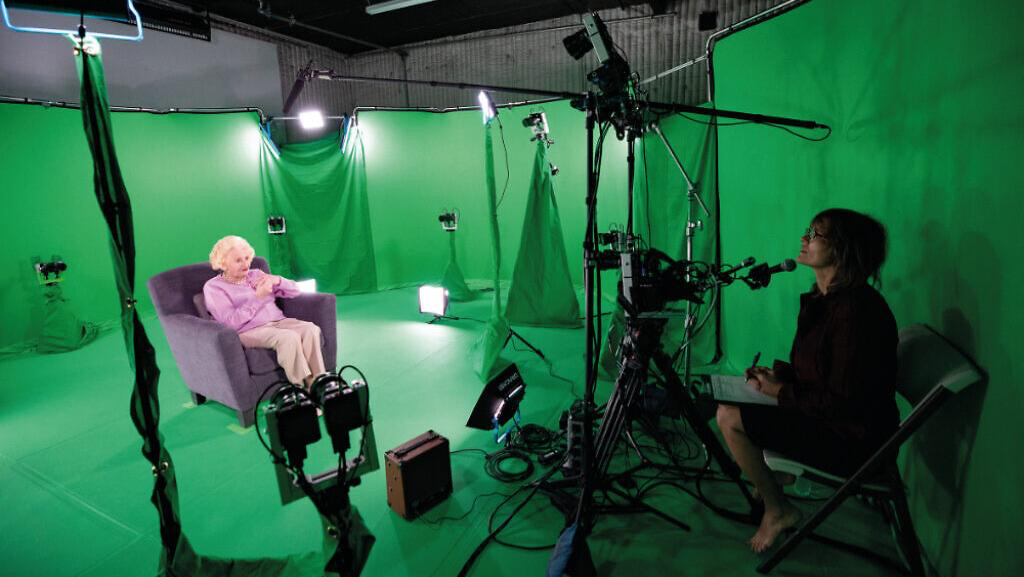 The power of technology is an over-used phrase. As with most powerful things, it can be used for good or ill. When it comes to the Holocaust, a subject matter so immense in scale and understanding that it is hard to know where to begin even at the best of times, technology can both come to the rescue and wreak havoc.

In recent years, Holocaust denial and revisionism have had a e-shot in the arm, from poorly policed social media platforms, yet educators increasingly see in technology a way to connect tomorrow’s generation with a generation of survivors and witnesses fast dying out.That is because technology not only makes things faster, more efficient or more accurate, it also makes things or people more real – or at least appear to be. Such a thing may be a ghetto. Such a person may be a Holocaust survivor.

Using technology in Holocaust education is not new: it has been championed by film director Steven Spielberg for years. It is designed to let children understand what happened, in part by helping them to ‘meet’ survivors.

Stephen Smith, a Brit based at the University of Southern California (USC) Shoah Foundation, who co-founded the National Holocaust Centre and Museum in Nottinghamshire and chaired the Holocaust Memorial Day Trust, knows all there is to know in this field.

He has driven several projects using technology to “change the performative space of testimony when there is no testifier”. Among the most recent is the room-scale virtual reality (VR) film The Last Goodbye.

In 2016, VR camera crews followed Pinchas Gutter around the Majdanek camp in Poland where he was held, and where his family were murdered. They captured hours of 3D video and tens of thousands of photos. These were brought to life over several months by artists and engineers. The result is a 17-minute film that lets viewers walk ‘eye-to-eye with Pinchas’.

It is an unsettling but immersive experience. Wearing a VR headset, you ‘walk around the camp with Pinchas’ as he passes the railway cars, barracks, shower room and gas chambers of Majdanek, where 60,000 were killed.

Survivors’ testimony has been immortalised in other ways, such as with the Foundation’s ‘new dimensions in testimony’ (NDT), which filmed 25 survivors, including Anne Frank’s stepsister Eva Schloss, answering thousands of questions. In Nottinghamshire, it is called the Forever Project and has filmed ten UK-based survivors answering the same kinds of questions.

Advanced 360-degree filming techniques mean the survivors appear as if in person and algorithms using “natural language processing” (performed by IBM’s Watson computer) then match an audience question to one of the survivors’ answers, creating the effect of a chat.

“We understand very well the power of conversation between Holocaust survivors and the younger generation,” says Smith. “We’ve seen it in schools, in universities. That moment of dialogue and conversation, when I ask my question and I get it answered, there’s just magic in the room when that happens.”

This tech is part paid for by British philanthropists, including the Pears Foundation, and it has already gone global, including last year’s launch in Sweden. Testimony comes not just from English-speaking survivors. Of the 25 filmed for the NDT project, two spoke in Russian, two Spanish, one Hebrew, one German and one Mandarin. This adds both audience and funding:  Genesis Philanthropy Group (GPG) helped to fund the filming of Russian-speaking survivors, with GPG co-founder Mikhail Fridman describing it as being of “immense personal importance”, while in China a national bank paid for the launch at the Nanjing Massacre Memorial Hall in 2017.

“American students tend to ask survivors if they believe in God, hate the Germans, forgive the perpetrators etc, whereas German students ask if survivors are proud to be German today, or how they feel about their German heritage. It’s more about their own identity as young Germans, which is fascinating.”

Different centres let visitors interact in different ways. In New York, you can walk in off the street and interact with a survivor, whereas at the National Holocaust Centre and Museum (NSCM) in Nottinghamshire, this is part of an educational package, moderated in an auditorium.

The NSCM’s Forever Project is certainly popular, not least with schoolchildren, but it is not the museum’s only tech-focused installation.

This month an exhibition on photography propaganda opened. The Eye as Witness uses technology to create a ‘mixed reality’ experience.
A visitor enters a virtual world and ‘steps into’ a Nazi photo taken in the Warsaw Ghetto. Inside the image, they can observe the photographer taking the shot, and study what was left outside the frame of the image.

“While it is an excitingly creative use of technology to reconsider the past, its purpose is chillingly contemporary,” says Marc Cave, interim NHCM chief executive. “The exhibition invites critical thinking. It asks you to understand the visual cunning of the Nazis and how it helped permeate and legitimise anti-Jewish hate, and to think critically about the same propaganda techniques being used on social media today.”

Assistant professor Paul Tennent from the Mixed Reality Lab at Nottingham University’s School of Computer Science put the exhibition together, and said it tested his team on various levels, including ethically. “The challenging context helps us to ask questions about the ethics of reconstructing sensitive scenes,” he says.

“VR technology gives us a powerful tool to deliver these experiences in a deeply immersive and embodied way, but we have a responsibility to apply this with care. Everybody in that photo was a real person with emotions and a story to tell. It is not our place to embellish their story, but to tell it as best we can with the tools we have.”

Educators are not the only ones with tools: there is a need to protect against the potential for those looking to rewrite history to corrupt testimony. “We have a massive issue with ‘deep-fake’ technology,” Cave said, referring to manipulation of video and audio of politicians or celebrities to make it look as if they said something they never did. Educators have to keep one step ahead with “closed-wall technology” that cannot be messed with. Despite the dangers and opportunities, the idea of using the latest development as the means and not the ends is a recurring theme. “We tend to be attracted to the glittering lights of technology, but what’s important is content,” says Smith. “The way we collect and organise that content, the way we allow the subject to speak about their lives and experiences, is what’s most critical. It’s not about the tech. It’s about how to you tell the story for the closest connection.”