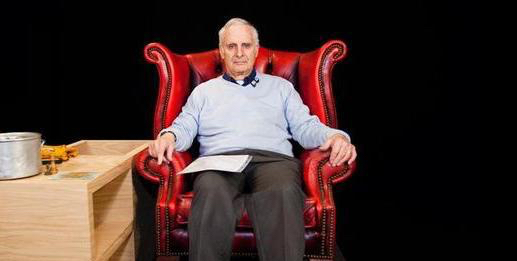 The Forever Project was compiled from ten filmed interviews with survivors, who each answered more than 1,000 questions.

The Forever Project, co-ordinated by the National Holocaust Centre and Museum and supported by Genesis Philanthropy Group, was compiled from ten filmed interviews with survivors, who each answered more than 1,000 questions.

The interactive technology means that people can ask questions to the image of the survivor – who will then answer them directly.

Lord Eric Pickles, the former chairman of the Conservative Friends of Israel, together with Mikhail Fridman, co-founder of Genesis Philanthropy Group, addressed guests at the Parliamentary launch.

Phil Lyons, chief executive of the National Holocaust Centre, said: “As fewer survivors are with us, time is running out to preserve their stories.”

The Forever Project had previously been showed at the National Holocaust Centre in Nottinghamshire, and had a week-long run at London’s Victoria and Albert Museum in August.