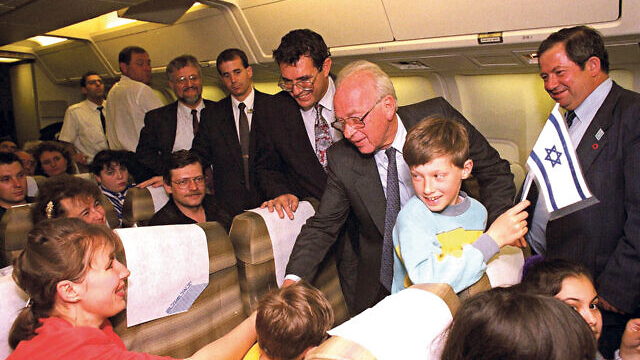 Display, sponsored by GPG, charts the seismic changes unleashed on the USSR, triggering its disintegration as well as a mass exodus of Russian-speaking Jews.

An exhibition marking the start of the major migration of Soviet Jews to Israel in the early 1990s has opened in the Israeli city of Haifa, where many settled.

Named after Mikhail Gorbachev’s policy of restructuring the Soviet economy, ‘Perestroika in Haifa’ charts the seismic changes unleashed on the USSR, triggering its disintegration as well as a mass exodus of Russian-speaking Jews.

Millions have since moved to Israel, most notably in the 1990s. Analysts agree the influx had a major impact on the Jewish state, not only in terms of its population numbers but also on its culture and attitude towards immigrants.

Haifa “stood out because of the size of the community that made its home there”, say the exhibition curators, noting how half of Haifa’s museums are staffed by Jews with Soviet heritage. Their presence began to be felt throughout the city, on Russian-language signs, in shops, and in workplaces.

The exhibition, sponsored by the Genesis Philanthropy Group, highlights “the women and men behind the scenes, the ‘mothers and fathers’ of every exhibition, the maintenance staff, accounts and marketing, the ticket office, curators, and more”.