GERMAN JOURNALIST TO BE AWARDED PRIZE FOR COMBATING ANTISEMITISM 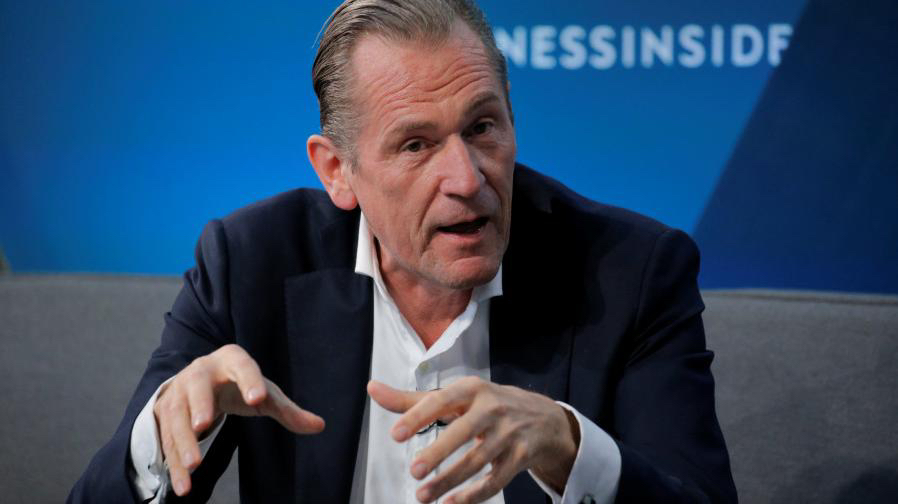 Döpfner, the head of Germany's largest publishing house, has been hailed for his vocal opposition to antisemitism in Germany.

The European Janusz Korczak Academy will present Dr. Mathias Döpfner, CEO of Berlin-based media group Axel Springer SE and president of the Federation of German Newspaper Publishers, with a prestigious award on Thursday to recognize his efforts to combat antisemitism and preserve human dignity.

The Korczak Prize for Humanism is awarded biannually to individuals by the academy, founded by the Jewish Agency, for their outstanding contributions to advancing tolerance, human rights and the fight against racism and hatred.

Döpfner, the head of Germany’s largest publishing house, has been hailed for his vocal opposition to antisemitism in Germany and abroad, and his efforts to boost ties between Germany and the State of Israel.

In May, leading German daily newspaper Bild – the largest brand published by Axel Springer – printed a cut-out kippah on its front page. The move followed comments made by Germany’s government commissioner on antisemitism that Jews should sometimes remove their kippah in order to avoid racist attacks.

The ceremony in Berlin will be attended by Jewish Agency Chairman Isaac Herzog, who is visiting Germany almost one month after an armed attack at a synagogue in Halle on Yom Kippur and ahead of the 81st anniversary of Kristallnacht.

Herzog’s visit also follows the approval earlier this week of a decade-long strategic plan by the Jewish Agency to address rising antisemitism across the globe.

Israeli Ambassador to Germany Jeremy Issacharoff will deliver the keynote speech ahead of awarding the prize to Döpfner. Also attending the ceremony will be European Commission Coordinator on Combating Antisemitism Katharina von Schnurbein, and former Jewish Agency chairman and Prisoner of Zion Natan Sharansky.

“One month ago, the entire world was shocked once again by a merciless hate crime against Jewish worshipers on a religious holiday,” said Herzog ahead of the ceremony. “European leaders must see the attack on the synagogue in Halle and the antisemitic events occurring every day around the world as a direct attack on their countries, and against the values that have reshaped the world order following the lessons of the Second World War.”

Congratulating Döpfner on the award, Herzog described him as one “of the most important leaders in the media world,” hailing his “moral clarity that should lead the enlightened world in its fight against hateful discourse.”

During his visit to Germany, Herzog will visit the synagogue in Halle and also open the Jewish Agency’s “Nevatim” conference at Berlin’s Spandau Citadel, a six-year-old program supported by the Genesis Philanthropy Group.

The conference, marking 30 years since the fall of the Berlin Wall and the 81st anniversary of Kristallnacht, will be attended by approximately 100 young Jewish leaders and entrepreneurs shaping the Jewish German community.

“The Jewish Agency will assist all parties, including the government, in strengthening Jewish communities and standing up to the horrific wave of antisemitism worldwide,” Herzog said.