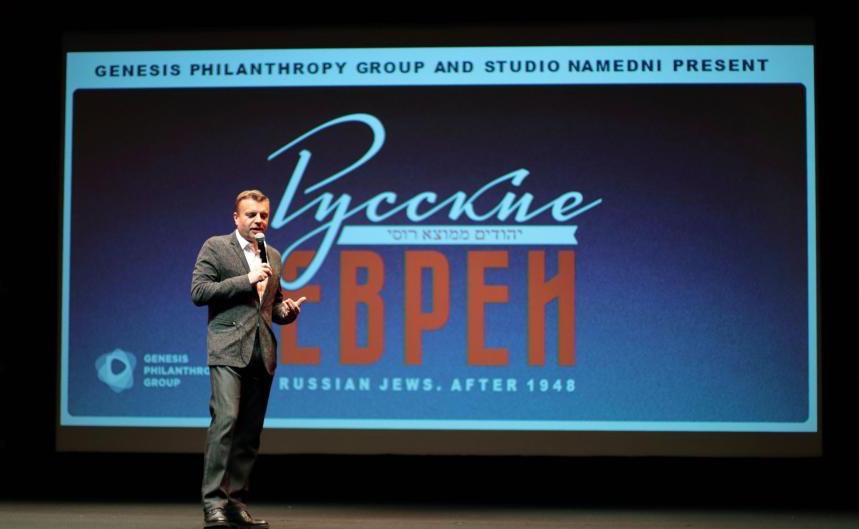 Genesis Philanthropy Group, a premier global foundation fostering Jewish identity among Russian-speaking Jews, has initiated a series of film screenings across the United States of a new documentary

that intimately portrays stories of Russian Jewry from the second half of the twentieth century.

The documentary portrays the period leading to the fall of the Soviet Union, the rise of refuseniks, the prevalence of anti-Semitism and the myriad of contributions of prominent Jews in various fields.

The first of the North American premieres occurred on February 22 at New York City’s Museum of Jewish Heritage where more than 300 attendees gathered to view “Russian Jews. After 1948.” This film, narrated and directed by a well-known Russian journalist Leonid Parfenov and produced in partnership with Namedni Studio, is the third and final installment in a series on Russian Jews, funded by GPG.

“Russian Jews played a tremendous role in the creation of the Soviet state, in the launch of the anti-Soviet movement and, also, in the ideation, establishment and success of modern-day Israel,” said Ilia Salita, President and CEO of GPG. “Our primary focus is to foster Jewish identity among Russian-speaking Jews across the globe. The context, history and messages that this documentary series presents serve as a direct reminder of why GPG contributes to this goal.”

The New York showing follows a wide release of the series across 40 cinemas in Russia in 2016 and 2017, as well as screenings in Israel, Germany, Ukraine, Belarus, Georgia, Latvia and the United Kingdom.

“The continued conversation about our heritage and our history, and its translation to modern events, remains ever so critical,” Mr. Salita said. “We are humbled by the opportunity to collaborate on such an impressive effort which raises so many important questions and topics.”

The first film of the trilogy, “Russian Jews. Before the Revolution,” tells the story of the Jewish people across the Russian empire, their traditional way of life and how they strived to integrate into society at large in the face of adversity. The second film, which highlights the time period of 1918-1948, captures a 30-year period of significant Jewish participation in a myriad of aspects of Soviet political and cultural life.The film is being screened in a number of cities across the U.S. and Canada, including Ford Lauderdale, Boston, Washington, D.C. prior to being released to our partners and online.