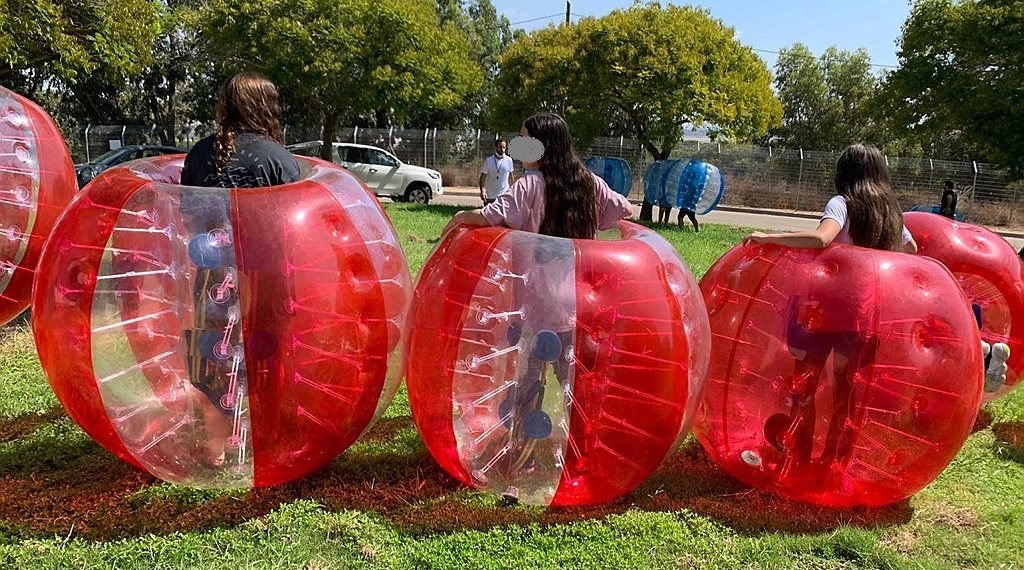 This summer, more than 100 children ages six to 16 from communities bordering the Gaza Strip attended a summer camp run by the Jewish Agency's Fund for Victims of Terrorism.

The Fund was set up to help victims of violence, including those who suffer from deep trauma and anxiety associated with frequent exposure to rocket fire from the Gaza Strip towards their communities.

The children who participated in the camp came from Sderot, Ashkelon, Beersheba or Rahat.

The campers used swimming pools, visited the safari park and an amusement park, and took part in an activity organized by the NATAL Association for Youth designed to ease tension through theatrical improvisation.

"For these children who face a complex reality, many of whom suffer from post-traumatic stress, the camp is designed to facilitate their mental coping mechanisms and to strengthen their resilience," said former MK Ayelet Nahmias-Verbin who now serves as president of the Jewish Agency for Victims of Terrorism Fund.

"The support of the global Jewish community, through the Terrorism Victims Fund, reminds residents of Israeli communities near Gaza that they are not alone," Nahmias-Verbin said.

The initiative was supported by generous donations from the global Jewish community, including the Jewish Federations of North America (JFNA), Keren Hayesod, the Genesis Philanthropy Group and donors from the Jewish world, in cooperation with the Shaar Hanegev Regional Council.