From Brooklyn To Berlin, Undeterred By Fear 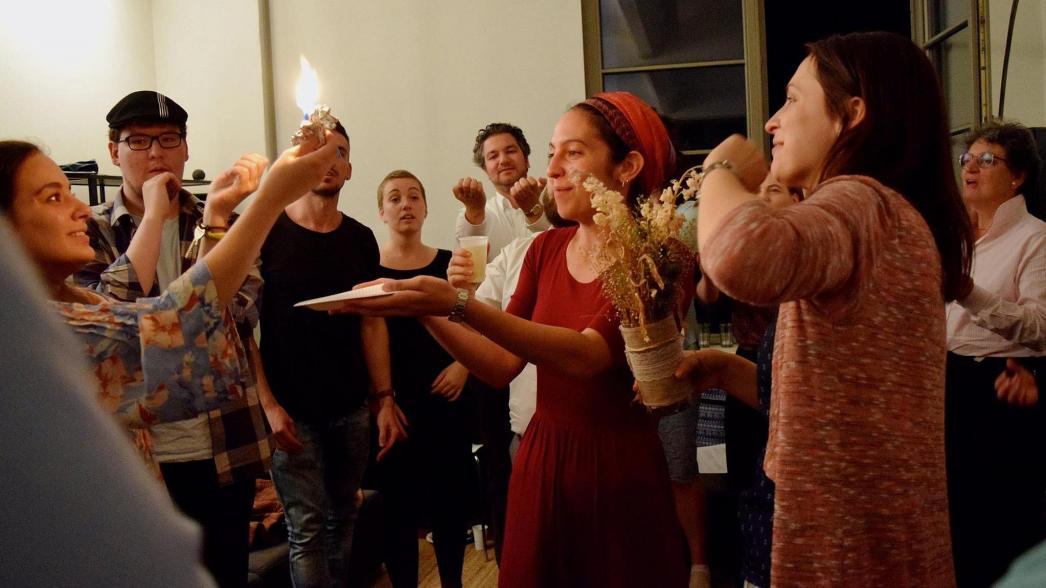 In wake of Halle attack, co-founder of outreach group Base Berlin resolves to grow Jewish community in Germany.

In the aftermath of last week’s attack outside the Halle synagogue, as we reflected that we had almost been killed by a madman while praying on Yom Kippur, the calls began to trickle in. Journalists from across the globe asked a variation on the same question: “Do you think Jewish life can really continue in Germany, of all places?”

I get it. A neo-Nazi terrorist tried to kill me, my family, a group of students and young adults, and devoted members of the Halle Jewish community. It’s hard to see how attitudes toward Jews and minorities in this country will ever change. And therefore, at least to the outside, nothing seems certain for Jewish life here.But because of that, you’re paying attention. So, I have a request: When the fear lifts, and the news cycle moves on, don’t stop paying attention. The German Jewish community needs you — and not just in heartfelt solidarity, thoughts and prayers. We need you to see us as part of you.

To some, including the German Jewish community in broader narratives of global Judaism is quite simple. We are Jews, brethren, family. But to others, the very concept of a German Jewish community sounds ludicrous. Why would there ever be a flourishing Jewish community in the capital of Holocaust history? Why invest in kindling a tiny spark of life in what essentially is a graveyard?As the granddaughter of four Holocaust survivors, I understand this question well. In fact, it’s why I moved from Brooklyn to Berlin to live and work alongside the vibrant and diverse Jewish community here. Because had fate led my family in another direction, I would have grown up in this community.

Upon moving here in May, my husband, Rabbi Jeremy Borovitz, and I created Base Berlin, an initiative of Hillel Germany that invites young Jews to celebrate, learn, ritualize and connect with one another. We have deep, complex and meaningful discussions of Jewish identity. We have diverse opportunities to practice Jewish ritual, celebrate Jewish culture, and to learn Jewish text and thought. We have people from a variety of backgrounds, including Russian-speaking Jews, Jews by choice, religious Jews, anti-religious Jews, cultural Jews, Jews of color, Jewish expats, patchwork Jewish families and more.

We traveled to Halle for Yom Kippur because we believe that, given God’s help, the holiday is a celebration of being alive. So, we chose to share and exchange life. We would bring lively prayer and energy to Halle, and in return, we would understand the origin of German Jewish life at its rebirth.

And indeed, something amazing happened during the prayers. As Karen Engel, one of our participants, observed, “A beautiful symbiosis was happening in that synagogue. The singing grew louder and more emotional, the congregants, men and women alike, were present and participating, and the chazzan was not only leading the services but listening and responding to the mounting spirit in the room. An amazing process of communication was evolving.”

This beauty was interrupted by terror. Now, we at Base Berlin are devoting our energy to continuing what we started. We will not allow fear to end our mission.Three days after the attack, 75 people gathered in our home for a jam session marking the conclusion of Shabbat. By the end of the night, everyone was up and dancing, singing “Am Yisrael Chai.” The community here needs no prompting to celebrate life. It’s a community that is practiced in the productive reconstruction of memory, engaged in a process of healing, and eager to sing and dance with joy. We are here to grow a Judaism that is unique to Germany, a Judaism that people around the world can and should learn from as they seek to build communities of meaning.

The Yom Kippur attack has only encouraged us to focus more on small German Jewish communities and to establish relationships with their members. We want to see these small communities continue to serve as centers of Jewish life, their people spiritually nourished, and for the larger global Jewish population to see them as worthy of investment. Together with the Halle group, we are working on developing several initiatives that highlight wonderful people and create meaningful programming where it’s truly needed. At this moment, we are inspired and energized to grow, and we want to make sure that we reach as many young Jews as possible.

Some will continue to ask why we stay, given Germany’s past. Precisely because of the past, we must band together to make sure that the German Jewish community lives on, that we include these people in our global Jewish narrative, and act for the sake of the next generation.