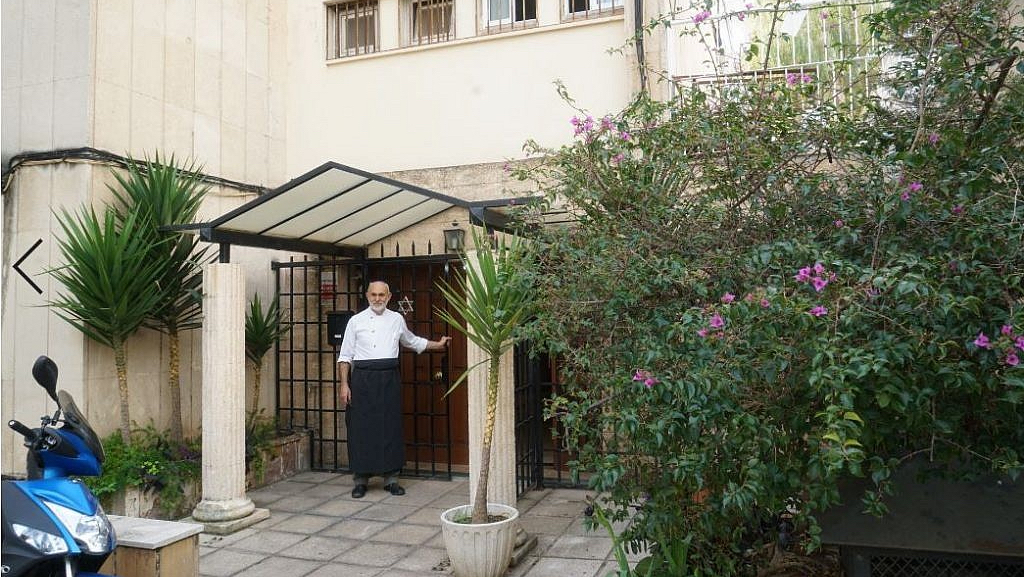 This weeklong holiday of Sukkot, which began Monday evening, marks the first time in centuries that the community has received municipal space and funding for the traditional booth.

Before the Spanish Inquisition, the island of Mallorca had a sizeable Jewish community. Every fall, the island became dotted with the leaf-roofed huts that Jews are commanded to erect during the holiday of Sukkot.

But that all changed under the Inquisition’s campaign of persecution that began in 1488 (four years before it started on Spain’s mainland) and was only officially abolished centuries later in 1834.

This year, however, the island’s tiny Jewish community in the capital Palma was determined to reintroduce its Sukkot tradition with a public statement.

Ahead of the holiday this week, the Jewish community along with the municipality of Palma erected what organizers are calling the island’s first “public” sukkah since the Inquisition, situated in the city’s former Jewish Quarter.

“It’s one of several firsts for the Jews of Mallorca, and it’s especially meaningful because it restores something from this community’s past,” said Dani Rotstein, founder of Limud Mallorca and secretary of the Jewish Community of the Balearic Islands.

A tourism and video production professional from New Jersey, he has led efforts to promote Mallorca’s Jewish community since he moved there in 2014.

To be fair, Palma has seen its share of sukkahs since the Inquisition. The city and the island, which is a popular vacation destination off of Spain’s eastern shores, for decades has had a small but active Jewish community of about 100 members, plus several Jewish expats. They are celebrating the 50th anniversary since British expats founded the community in 1971. Palma also has a synagogue, a small Jewish museum and a resident rabbi.

But this year’s weeklong holiday of Sukkot, which began Monday night, marks the first time that a sukkah is built on public grounds with funding from the local municipality. It was erected at the Ca’n Oms mansion, the seat of the city’s department of culture and other municipal bodies. Jews and non-Jews will be able to enjoy cultural programming from Limmud Mallorca, including lectures in the sukkah and tours of the area, over the course of two weeks.

The public sukkah is part of a European-wide initiative European Days of Jewish Culture, a series of events celebrating Jewish heritage in dozens of cities in Europe each year in September and October.

This development is the latest in a series of moves by Rotstein and others designed to commemorate the pre-Inquisition presence of Jews in Mallorca, who became known as chuetas, the local name for anusim — or those who were forcibly converted to Christianity during the Inquisition.

On Rosh Hashanah, local Jews hosted a festive service and musical concert to celebrate the new Jewish year, with the cooperation of a local Catalan cultural center, in its garden located in the old Jewish quarter.

It was symbolic to participants because of a painful chapter in the history of Mallorca’s Jewish community. In 1677, local crypto-Jews, who risked their lives by practicing their faith while pretending to be Christian, held a Yom Kippur service in secret in a garden outside the city walls.

Local Jews say that when Spanish rulers learned about the service, they salted the garden’s soil to ensure that nothing could ever grow there again, and doubled down on eradicating Jewish celebrations from the island.

In recent years, authorities have made an effort to acknowledge and atone for such atrocities.

In 2018, local authorities unveiled a memorial plaque at the Palma square where 37 crypto-Jews were publicly burned in what was once known locally as “the bonfire of the Jews.”

In 2015, the city helped build a small Jewish museum in what used to be the Jewish quarter. The area, featuring sandstone facades and quiet, cobbled streets, used to be a thriving and heavily Jewish shopping and business area, with many tanneries, shoemakers and butcher shops. Today few if any Jews live there, and most visitors are tourists.

Also in 2015, the parliaments of Spain and Portugal passed laws that give descendants of Sephardic Jews the right to citizenship. Millions of dollars in public funds are being invested in preserving and developing Jewish heritage sites in those countries.

Many chueta families continued to practice Judaism in secret. Even those who did not keep up their Jewish practice at the time were treated with suspicion and excluded in many ways from the rest of society.

Some Jewish traditions remained in chueta families, such as the lighting of candles on Shabbat, covering mirrors during mourning and the spring cleanings associated with Passover. But over time the island’s Jewish population dwindled.

Ironically, society’s exclusion of chuetas proved to be the key to Judaism’s revival in Mallorca, historians say: because they were not allowed to intermarry freely with the Christian population, chuetas married among themselves. This helped preserve a distinct chueta identity well into the 1970s, when the dictatorship of Fransisco Franco finally collapsed, opening Spanish society to the rest of Europe.

When that happened, Mallorca had thousands of people who defined themselves as chuetas, a minority that numbers about 20,000 today.

In recent years, chuetas who returned to Judaism and converted have taken the community’s reins. In 2018, two chuetas were elected to the community’s four-person executive board. And in June, the community received, for the first time since the Inquisition, a rabbi who was born in Palma to a chueta family, Nissan Ben Avraham.

This process, as well as the public events for Rosh Hashanah and Sukkot, “are a victory,” Iska Valls, a chueta returnee to Judaism and the wife of Toni Pinya, one of the Jewish community’s chueta board members, told the Jewish Telegraphic Agency.

“It’s a victory [over] the Inquisition and proof that we are like a phoenix, rising once more from the ashes,” she said.