Financial impact of pandemic in focus for European Jewish communities 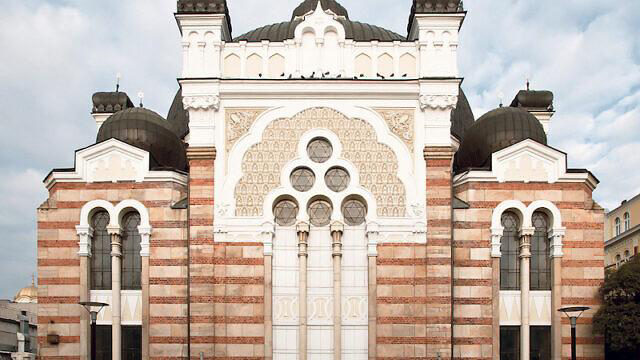 As Europe’s Jews celebrated the High Holy Days, the financial repercussions of the pandemic came into sharp focus.

Smaller Eastern European communities, which languished under communism for decades and have only recently developed local sources of revenue, enabling them to shed their dependence on foreign donors, are increasingly dependent on external aid.

This is familiar territory for Jewish communities in former communist countries such as the Czech Republic and Bulgaria. The American Jewish Joint Distribution Committee (JDC), particularly, spent hundreds of million of dollars on caring for the basic needs of Jews in the aftermath of the collapse of the Soviet Union. Most Jews in these newly democratic countries had little knowledge of their religion and its traditions, so millions of dollars more went to helping them build community institutions, including schools, summer camps and youth programmes. Among those helping to rebuild Jewish life has been the Genesis Philanthropy Group (GPG).

Many of the small communities had created new revenue streams through tourism, as people from all over the world flocked to see beautifully restored treasures such as Prague’s Jewish Museum, the Dohany Synagogue in Budapest, or Bulgaria’s Sofia Synagogue, said to be one of the jewels of the Balkans.

But as the pandemic has effectively dried up tourism, the Jewish communities are having to rethink how to fund themselves – and Sergio Della Pergola, a professor of Jewish demography at the Hebrew University in Jerusalem, says there is a real problem.

“The coronavirus crisis is compounding the pre-existing financial problems of small communities in Europe. They are limited in their sources of income, and burdened by maintenance problems on old properties [which have been returned to the communities],” he explained.

The JDC has led an emergency programme to provide relief to 1,600 Jewish families in 16 countries, including 11 in Europe. The first phase of the Pandemic Humanitarian Relief Programme – funded by a consortium of donors including the Ronald S. Lauder Foundation, the Maurice and Vivienne Wohl Philanthropic Foundation, the Maimonides Fund and GPG – began in April with stipends ranging from $100 (£78) to $180 (£140) each month.

That fund is in addition to a $17m (£13.2m) allocation last month from the Israeli government and the Jewish Agency to support small Jewish communities through the crisis.