Faces of the Future: Jewish Teen Life in the Former Soviet Union 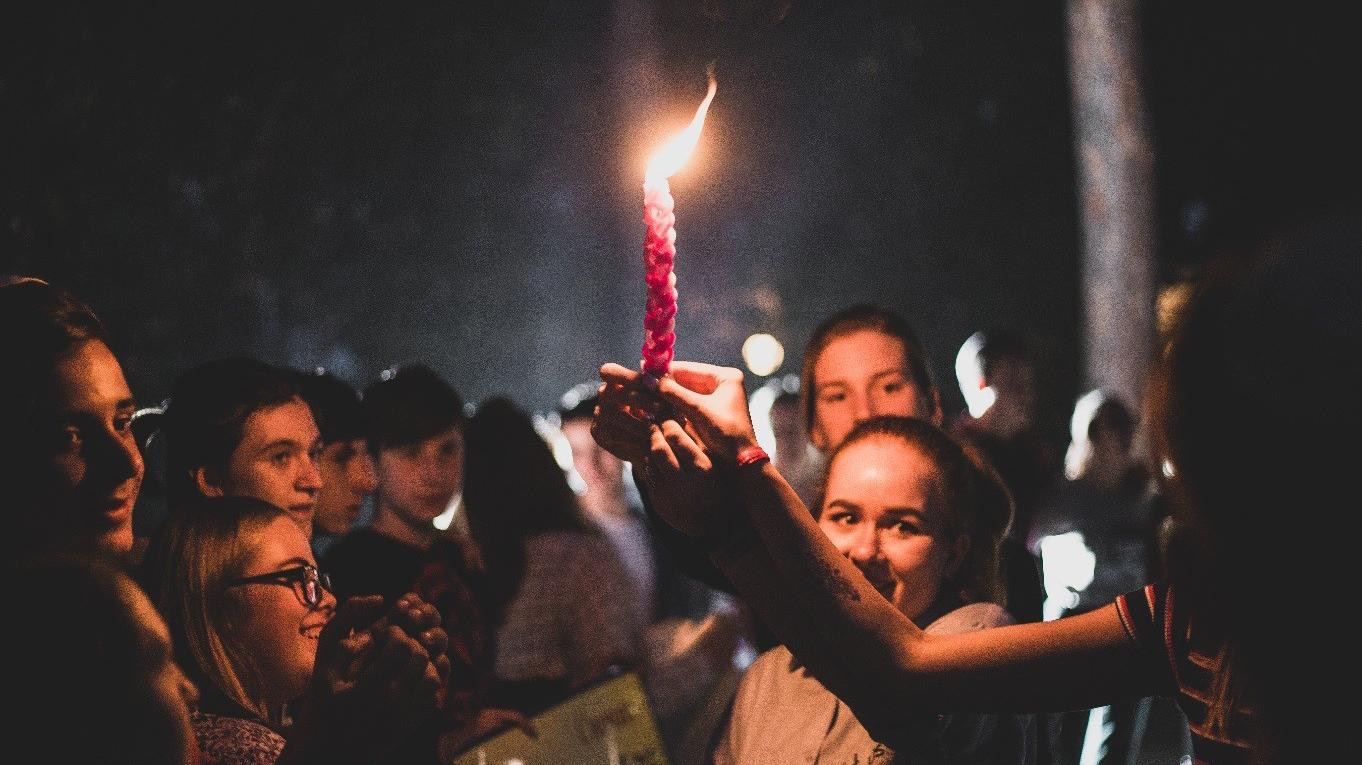 These four words don’t often make their way into modern lexicon of Jewish life, especially as defined by teens. But imagine being born into a world where Jewish identity and activity are only a generation old.

Imagine being able to build it from the ground up, on your own terms, and engaging in this miraculous effort together with your peers.

And then imagine serving as a Jewish role model not just for your friends, but for your younger siblings, parents, grandparents, and wider community.

This is Active Jewish Teens (AJT), the growing teen program in the former Soviet Union which in just five years has grown to include more than 3,000 teens through local chapters in 57 cities in 7 counties.

A program of the American Jewish Joint Distribution Committee, AJT has flourished with active leadership of local Jewish youth in a new vision for Jewish community for the region. It is powered by a new partnership with Genesis Philanthropy Group (GPG), as well as by work with other generous philanthropic leaders, and an ongoing partnership with BBYO, the worldwide pluralistic teen movement

Here are snapshots of how these Jewish teens are building their future now:

As part of their community Chanukah activities, a group of more than a dozen AJT volunteers visited Jewish elderly and special needs community members in Kherson, Ukraine. As part of their service efforts, the volunteers lit Chanukah candles, exchanged gifts, and helped provide much needed comfort to seniors. For the homebound, like Betya Haimova, pictured, the teens ensured a sense of warmth and community at a time of year beset by cold temperatures and loneliness.

At the AJT Chapter in Kiev, home to Ukraine’s largest Jewish population, teens gathered to celebrate the Passover holiday at a daylong seminar on the holiday at JCC Halom in Kiev. Participants started the day by splitting into groups and reenacted the Passover story. Learning various aspects of the springtime festival, including traditional Passover rituals, the teens gathered at the conclusion of the day to lead a Passover Seder. It was there that these teens taught their peers how to perform the timeless ceremony commemorating the Jewish journey from slavery to freedom.

In Krivoy Rog, Ukraine, AJT teens were part of an enthusiastic cohort leading the local Jewish Culture Fest. The day focused on engagement with Jewish holidays, culture, and traditional cuisines. Four dozen teens practiced modern Israeli dance and wrapped the day with a special Kabalat Shabbat service. After a brief introduction to the weekly ritual, the teens lit Shabbat candles and discussed the meaning of this practice, both personally and as part of the Jewish tradition. In addition to the local teens, more than 20 other youth from the local Polish, Azerbaijani, Armenian and Korean communities joined the celebration of Jewish life.

On a spring day in Kazan, Russia, AJT teens from Kazan took part in an annual community event to clean abandoned Jewish graves in the Arskoye cemetery. Due to large amounts of emigration from the region, many of the graves have been neglected for years. The teens were joined by other community members and volunteer groups including Moishe House Kazan and the Atikva volunteer group, one of JDC’s volunteer centers that is part of a regional network of such centers supported by Genesis Philanthropy Group.

The Nikolaev Jewish Cultural Society brought together dozens of AJT teens from four nearby Ukrainian cities for a Shavuot celebration in the former Soviet Union. The event introduced the teens to the holiday, teaching them its significance and importance in Jewish history. Sergei Mitrofanov, a prominent Jewish educator, met with the teenagers for a discussion on the meaning of the holiday and the Ten Commandments (pictured). The lively discussion lasted until the early morning, with the teens actively debating, questioning, and analyzing different aspects of Shavuot.

Marking the end of Shabbat, teens share in the glow of a Havdalah candle as part of a gathering of AJT clubs from across the Ukraine at an annual teen Shabbaton in Dnepropetrovsk, Ukraine. The teens celebrated Shabbat, beginning with Kabalat Shabbat, learned about the weekly Torah portion, and participated in team building exercises.

At the 5th AJT International Conference in Kiev, Ukraine, teens enthusiastically took part in a singing session led by Eric Hunker and Happie Hoffman, BBYO song leaders from the U.S. These kinds of exchanges – including the participation of BBYO teens visiting from America and around the world – build Jewish bridges of understanding and exchange and are at the heart of these gatherings. In bringing together close to 500 teens from 14 different countries to learn about their Jewish heritage and traditions, and form strong bonds with one another, they are primed for building the Jewish future locally and beyond.