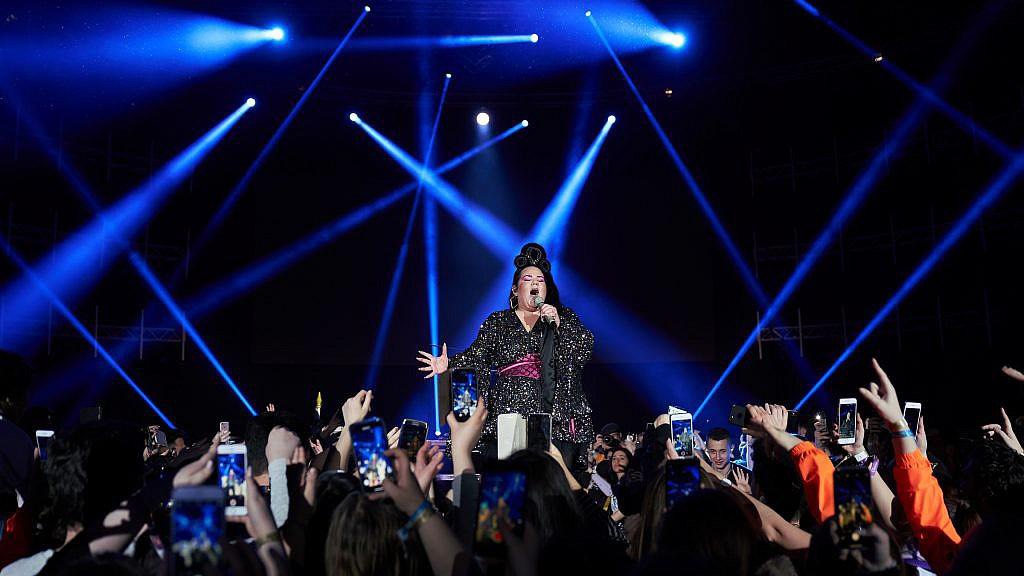 Netta Barzilai, the Israeli singing sensation who earned Israel its fourth win at the Eurovision Song Contest last year and brought the 2019 competition to Tel-Aviv, performed as a special guest at the 18th and largest ever “Jewrovision” musical contest for Jewish youth in Germany. Jewrovision 2019 took place on February 2 in Frankfurt.

Modelled on the Eurovision Song Contest, “Jewrovision” invites young aspiring Jewish performers aged 10 to 19 to compete against each other with an overarching theme of Jewish heritage.
The participants, from 25 Jewish communities in Germany, performed covers of famous pop songs with their own lyrics, and designed their own costumes, choreography and music videos.

This year the competition, organised by the Central Council of Jews in Germany with the support of Genesis Philanthropy Group and the German federal and local authorities, drew a record 1,500 participants and 3,500 guests. It culminated in a nail-biting late-night win by Berlin’s Olam Youth Centre in Berlin, which means that Jewrovision 2020 will take place in the German capital.