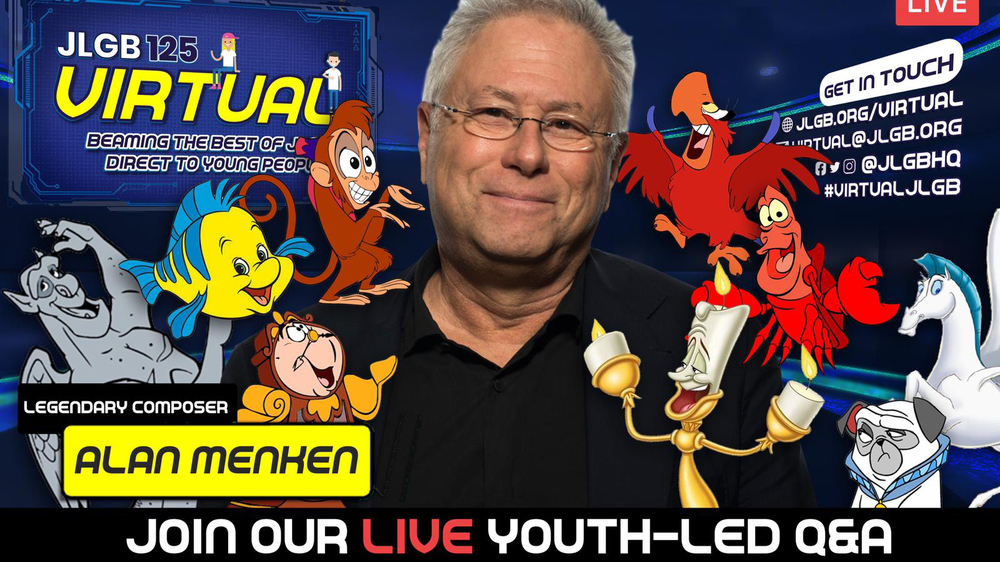 TV personality and comedian will feature on the platform next Thursday, with award-winning composer behind many Disney classics appearing the week after.

TV personality David Walliams and award-winning composer Alan Menken, will star on JLGB’s virtual platform as it marks a year since lockdown.

After Covid restrictions were announced on 23 March 2020 forcing the charity to move its activities online, more than 100 videos have been aired on JLGB Virtual, which have had close to 3 million views.

The platform, supported  by Genesis Philanthropy Group, will host Walliams on Thursday 18 March, media partnered by Jewish News, where he will discuss his career as a TV personality and best-selling children’s author.

A week later, Emmy, Grammy, Oscar, and Tony award-winning composer Alan Menken will take to JLGB Virtual. On 23 March he will talk about his contribution to Disney classics such as The Little Mermaid, Beauty and the Beast and Aladdin.

JLGB’s online activities during lockdown has recognised, winning a Jewish Volunteering Network Award, and being a finalist in the national Children and Young People Now Awards.

The charity is now preparing to resume some in-person activities with the easing of the current lockdown.