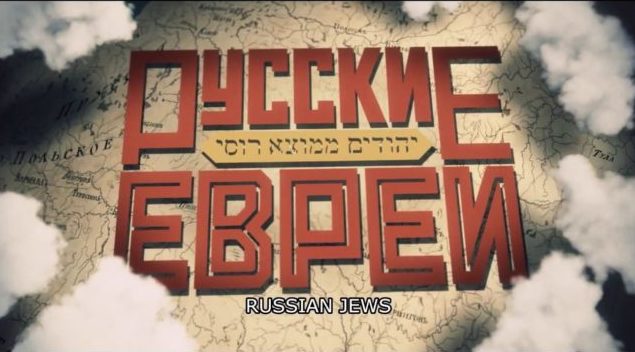 Following a record-breaking theatrical release across Russia, a premiere at Israel’s Knesset, sold-out screenings across the United States, Ukraine, the United Kingdom, Latvia and Georgia as well as Jewish film festivals in Moscow, Manchester, Atlanta and Australia, the series, which were created by famous Russian journalist/TV host Leonid Parfenov and produced by Genesis Philanthropy Group and Studio Namdeni, will now reach an even wider audience, providing much-needed context surrounding Russian-Jewish heritage and history.

The first film of the trilogy, “Russian Jews. Film 1. Before the Revolution,” tells the story of the Jewish people across the Russian Empire, their traditional way of life and their assimilation into society at large, including famous bankers, scientists and artists who reshaped Russian Jews’ attitudes toward the rites of their ancestry. It is a story about the Beilis Affair, the “pogroms” and about the first wave of Jewish emigration from Russia. The film also chronicles the revolutionaries who shattered the Tsarist regime and changed the fate of the country in October 1917.

The second film, “Russian Jews. Film 2. 1918 – 1948,” captures the 30-year period of a large-scale Jewish participation in every domain of Soviet political and cultural life. Centuries of harassment and pent-up energy among Jewish youth spilled out in the form of unparalleled contributions to the new Soviet state. The film highlights Leon Trotsky’s role in constructing the Red Army, Marc Chagall’s early career, Sergey Eisenstein’s creation of a new visual language and the first Soviet popular music stars, from composers Matvei Blanter and Isaak Dunaevsky to the singer Leonid Utyosov. “Film Two” also delves into the impact of Russian Jewish writers like Isaac Babel, who brought the zest of Odessa into mainstream literature, and whose work is essential to an understanding of the grandiose Soviet “project.”

“Russian Jews. Film 3. After 1948,” begins with the KGB murder of Solomon Mikhoels, the leader of the Jewish Antifascist Committee. This third and final film tells the story of the resurgence of official state anti-Semitism after World War II, which included the gradual exclusion of Jews from Soviet political life, of continuing Jewish achievement despite the worsening conditions and of Jews who fought back as dissidents and Zionists. “Film Three” shows how the revolutionary Jews who struggled to dismantle the totalitarian Soviet state, or leave it altogether, did so with the same tenacity with which their grandparents fought for the Tsar’s demise. Yet, it was only the fall of the Soviet Union that ultimately put an end to the “Jewish Question” in the lands of the former Russian Empire.

This trilogy is available in Russian with Hebrew and English subtitles.