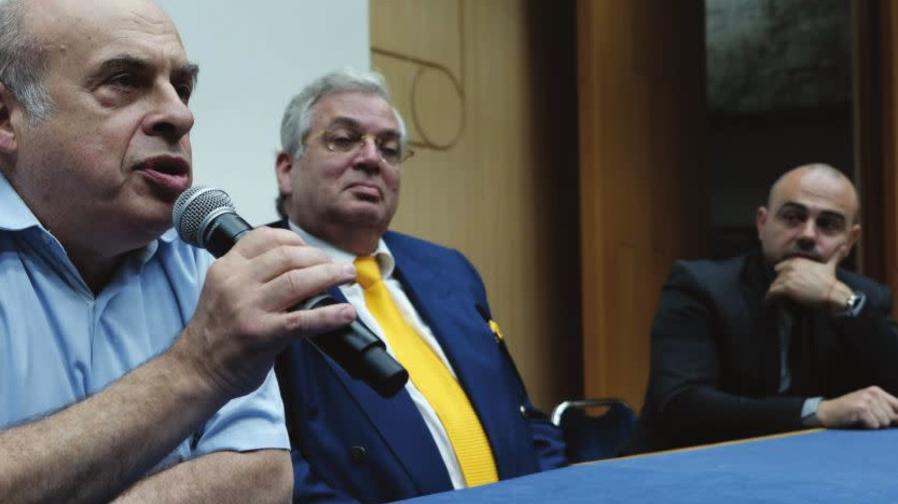 The documentary film 'From Slavery to Freedom' reveals the many obstacles Natan Sharanksy and other notable refuseniks overcame in order to escape the clutches of the Soviet Union.

The space is cramped and the walls are drab. The wooden slabs that are only a few feet long are makeshift mattresses.

Those were the conditions that Natan Sharansky and other refuseniks endured while they served time in a Soviet prison.

Their crime? Wanting what Jews have yearned for thousands of years – to live in the Jewish homeland, Israel.

“I’m glad that I visited the prison and thought it was good to make the film, because people forget,” Sharansky told The Jerusalem Post the day after a film documentary of the refusenik struggle for freedom was screened at the Knesset last week.

From Slavery to Freedom brought Sharansky back to Russia, where he describes in painstaking detail what he endured for the nine years he was held prisoner. The film is interspersed with testimonials from other refuseniks and experts like former US ambassador to the EU Stuart E. Eizenstat, who helps put into context the diplomatic tug-of-war between the US and the Soviet Union into much needed context.

“For me, it was interesting to revisit these places. I see how my children grew up with this story. It was an unbelievable time. It wasn’t difficult for me to visit it,” Sharansky explained, adding the film crew received special permission from Moscow to film in sensitive locations.

“Suddenly, you understand the depth of the struggle. When you come back as a free person and re-live the horrid weather, see the police and KGB guards, you understand what we were really facing. The Iron Curtain is not just a symbol, you see how deep and powerful it really was.”

However, in today’s era of social media where freedom of information is essentially ubiquitous, it is easy for youth of today to gloss over and dismiss the harsh realities these refuseniks experienced during the Cold War. There are, of course, some who are not even aware of the struggle that took place.

“It is worrisome that the names and the stories of the heroes of our generation are unfamiliar and unknown to today’s youth. This chapter is of crucial importance to the history of [the people of] Israel,” Knesset Speaker Yuli Edelstein told the audience before the screening.

“This film is a necessity in order to bequeath this legacy; however, aside from the famous heroes there were many, many others, and it is possible that the elderly neighbor who lives in the same [building] entrance as you, in Karmiel, Nazareth Illit or Beersheba put himself on the line and risked his life 40 years ago to get to Israel. Go up to him, speak with him, learn from him,” he implored.

Likud MK Avraham Neguise, who chairs the Committee for Immigration, Absorption and Diaspora Affairs agreed, adding, “The bravery of the aliya activists in the Soviet Union – who clandestinely studied Hebrew, aspired to make aliya to Israel and depart from the modern house of slavery of our generation – serves as an exemplary model for us all. It is necessary to teach their moving and sensational story to youth and the next generation.”

Last week’s screening included ambassadors of Kazakhstan and Latvia, representatives of the US Embassy, aliya activists and members of the Naale program of The Israel Goldstein Youth Village of Hanoar Hatzioni in Jerusalem.

”Looking back at the history of this struggle today, we realize how important it is that this tremendous story is preserved for posterity to inspire new generations of Jews and supporters of freedom everywhere. We are confident that this film will be an important contribution toward such a goal and are proud that Genesis Philanthropy Group played a part in making it possible,” president and CEO of the Genesis Philanthropy Group Ilia Salita said after the screening.

And although the film depicts the harrowing intimidation, harassment and brutality the activists suffered at the hand of the KGB, the real emotional ele- ment of the film comes from video footage depicting Sharansky’s wife, Avital.

Avital, who typically shied away from public speaking, became a reluctant activist on her husband’s behalf and succeeded in creating an entire move- ment of support of people who marched en masse for her husband’s release.

Sharansky, though, is not particularly perturbed that his name may not resonate with the younger generation.

“It almost irritates me when people say, ‘They don’t know your name.’ It’s not about the name – that is playing into a cult of personality. We have different challenges to worry about, most importantly, making sure young Jews are proud of their identity.

“We are very lucky. Our generation struggled. We triumphed over the cruelest regimes in the world. It’s not about me,” he said modestly.

It may not be about him, but as the face of a movement of thousands of Jews who waited in despair to enter the Holy Land, his story certainly encapsulates the faith’s birthright to settle in the one place they can truly call home: Israel.