‘But I've Never Been to a Synagogue' 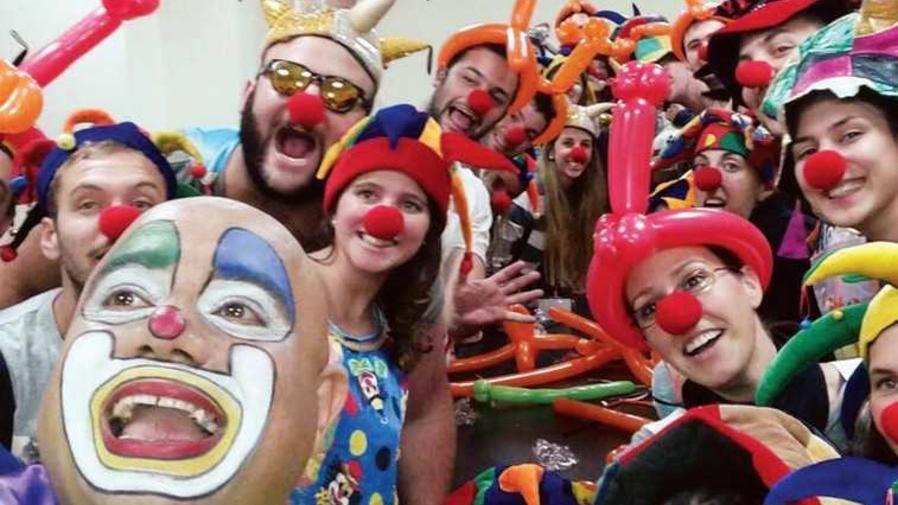 This season, through Birthright Israel’s collaboration with the Genesis Philanthropy Group, over 2,000 Russian-speaking Jews from Ukraine, Russia, Belarus and other places will arrive in Israel.

One of the passengers is noticeably nervous: in four hours he will arrive in Tel Aviv and his life will no longer be the same. The stakes are high – he might fall apart in a mere second, if she turns down his offer. How will he manage spending time with her, participating in the same Birthright Israel group? But he, a Ukrainian military man, is accustomed to risk.

They met six months ago, in a Facebook group for future Ukrainian Birthright Israel participants. The guides managing the group invited all its future participants to chat and get to know each other before taking their first ever trip to Israel.

The Ukrainian military man, who had recently discovered his Jewish background, joined that Facebook group, where he met a Jewish girl from a distant city in Ukraine. They began writing to each other and talking on the phone.

They only met a few times but felt as if they have known one another for years.

He approaches her chair on the plane and kneels, “Will you marry me?” She seems shocked as her eyes fill with tears: “I will, I will!” she replies quietly. The other passengers applaud. A group of Israelis returning from Uman look like the happiest people there. They start singing and before long, everyone on board joins the celebration.
It is a well-known statistical fact that Birthright Israel prevents assimilation.

Indeed, a recent study by Brandies University has found that Birthright Israel participants are almost 50% more likely to marry a Jewish partner and have greater engagement with Jewish culture and community. And it is not just statistics; behind these numbers are thousands of individual human stories and lives changed for the better – all because people from diverse backgrounds and from all around the world discovered their connection with our Jewish nation.

People who might have not known what it means to be a Jew, or even met a Jew in their lifetime.

Stories like this one are not out of the ordinary, they are part of the everyday Birthright Israel routine; they are the reason why Birthright representatives like myself travel all around the world, to small, isolated communities and nameless distant towns, looking for the next participant, the next personal journey – to join not only the statistics, but also the great Jewish story we all share.

As a matter of fact, since inception, Birthright Israel has brought more than 50,000 participants from Former Soviet Union to visit the country. There is no other Jewish initiative capable of reaching the far ends of the earth and touching the hearts of those who have never thought about their Jewish identity or about their connection to a small country somewhere in the Middle East.

And those numbers just keep on rising.

This season, through Birthright Israel’s collaboration with the Genesis Philanthropy Group, over 2,000 young Russian- speaking Jews from Ukraine, Russia, Belarus, Latvia, Lithuania and Moldova will arrive in Israel.

Sometimes, joining in is just a matter of learning the facts. One time two siblings came to our booth at a local educational fair in Moscow. They lived “near Moscow,” in a small village “only” 400 kilometers from the capital. When they asked what Birthright Israel was, we replied that everyone who has a Jewish background may visit Israel, for a 10-day trip, free of charge, in order to deepen their acquaintance with Israel and their Jewish heritage.

“Our mother’s parents are Jewish, but we are not,” said the sister. Surprised, I replied, “Why aren’t you?” Then the brother looked at me and said: “We’ve never been to a synagogue.” After a few seconds he added, with a bashful smile: “Perhaps we could pull some strings and talk to some people, there has to be way to join – because I wanted to visit that country for many years.” “One of us,” I thought to myself with a smile on my face.

So, next time you see a Birthright Israel group, or better yet join one, keep in mind that, no matter where you come from – Belarus or Brazil, the UK or the Ukraine – we are all a part of the same “us.”