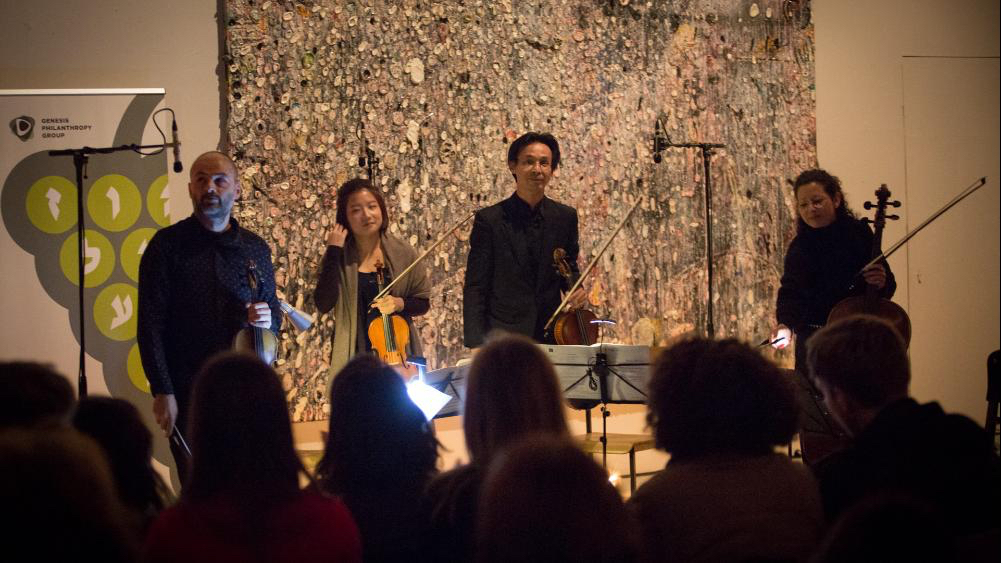 Four-day Eshkolot festival celebrating art, innovation and technology that burst out of Weimar Germany, let visitors immerse themselves in the worlds of Jewish leading lights.

Visitors from around the world travelled to Berlin last week to hear how the city became the “capital of Jewish modernism” 100 years ago, in the week of two anniversaries – the fall of the Berlin Wall and Kristallnacht.

The four-day Eshkolot festival celebrating the art, innovation and technology that burst out of Weimar Berlin a century ago let visitors immerse themselves in the worlds of Jewish writers, philosophers, musicians and architects, each making strides in their fields.

Supported by the Genesis Philanthropy Group (GPG) and with the assistance of the Jewish Agency for Israel, it showcased Metropolis: Weimar Berlin as the Capital of Jewish Modernism across the city from last Monday to Thursday.

“A hundred years ago, Weimar Berlin became a global migration hub, a multilingual marketplace, exploding with artistic, technological and social innovation amid economic crises and decadent nightlife,” said the festival organisers. “For about a decade, it was a capital of Jewish modernism.”

On the closing night, there was a free concert featuring 1920s avant-garde experiments in musical composition from Jewish greats, such as Arnold Schoenberg, Alban Berg, Kurt Weill, Stefan Wolpe and Erwin Schulhoff, who died
in a concentration camp less than two decades later.

“The aim of the festival is to create an immersive experience of 1920s Berlin through the study of historical and literary sources, to uncover the traces of Jewish Metropolis still influencing the life of today’s city,” said organisers.

Among the events was a special session with Russian-born refusenik Natan Sharansky who, in February 1986, crossed the Glienicke Bridge in Berlin after spending nine years in Soviet prison on trumped-up charges of espionage.

Sharansky, who later became head of the Jewish Agency, discussed his work with German Jewry in the decades since, and how he regards the evolution of the country’s Jewish life.

Other sessions described how Weimar culture in the inter-war years was “rich, colourful and provoking”, with Jewish artists, writers, directors and cameramen at the forefront of the German film industry.

Another used literary material to show how Berlin became “a city of refuge for tens of thousands of Yiddish speakers from the former Austro-Hungarian and Czarist empires, including many leading Yiddish cultural figures”.

Elsewhere in the city, as the world marked 30 years since the fall of the Berlin Wall last weekend, a Jewish educational and social entrepreneurship conference remembered another anniversary falling on the same day – Kristallnacht.

The annual Netavim Conference, also supported by GPG and the Jewish Agency, took place between Friday and Sunday, marking both 30 years since the Wall came down and 81 years since Nazi thugs attacked Jewish-owned stores, buildings and synagogues.

Both events took place on Saturday and each left “a direct and decisive stamp on the history of German Jewry”.

While the pogroms of Kristallnacht – or ‘Night of Broken Glass’ – is widely considered to mark the beginning of the Holocaust, 9 November 1989 paved the way for the unification of Germany on the principles of freedom and democracy.

Programme directors said the fall of the Wall also heralded a “Jewish exodus from the Soviet bloc and the dramatic renewal of the Jewish community in Germany”.

Ilia Salita, GPG chief executive and president, said the Nevatim programme had become “one of the hallmarks of this wondrous revitalisation of Jewish life in Germany, producing more than 150 Jewish educational initiatives and projects nationwide”.

This year’s conference was held at Spandau Citadel, just metres from the site of the Berlin Wall and the infamous Spandau Prison, where leading Nazis were locked up after the Nuremberg Trials.