Arbuzz J-Fest: A festival of Russian-speaking Jewish culture in London 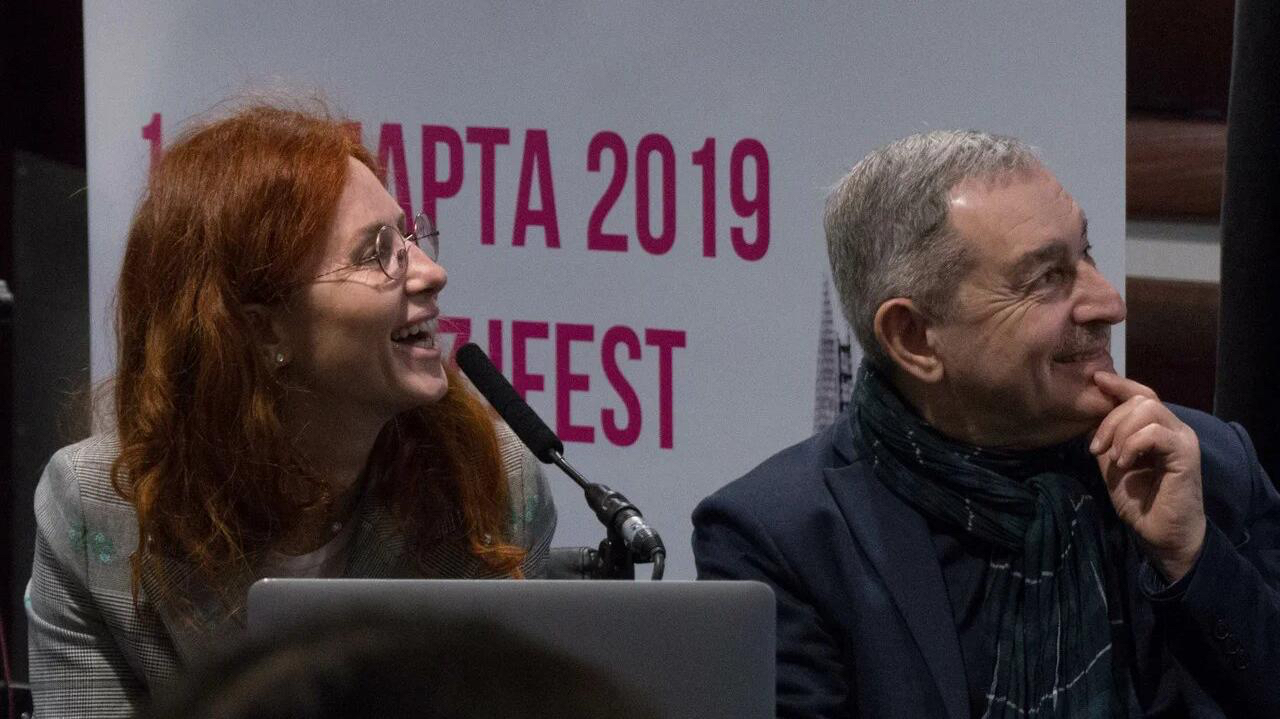 Hundreds of people attended a weekend of lectures, master classes, plays and concerts with famous Russian journalists, writers and actors.

Most popular were an event with writer Lyudmila Ulitskaya and two plays, Marienbad, based on the book by Sholem Aleichem and Hello, However… based on Veniamin Smekhov’s book about Vladimir Vysotsky, the life story of the legendary Russian-Jewish poet and actor. There was also a special programme for children.

Literary critic Galina Yuzefovich talked about Jewish reflections in the books of modern Russian writers. Judaism educator Pinchas Polonsky touched upon the history of Kabbalah and how it impacted the Jewish people.

Yulia Patrakova, Galina Aksenova, Oleg Radzinsky and Andrey Borovsky discussed Jewish contributions to the cinema and fine arts, as well as the Jewish symbols and themes that perceptive viewers can distinguish in these works today.

The Festival was opened by Ilia Salita, President and CEO of the Genesis Philanthropy Group, the main supporter of the project, who said: “With the growing number of Russian-speaking Jews who choose London as the place to live and grow their families, it is very important to foster exciting opportunities for them to engage with Jewish heritage and culture and to do so in a modern and interactive way. In our opinion, Arbuzz J-Fest does exactly that.”