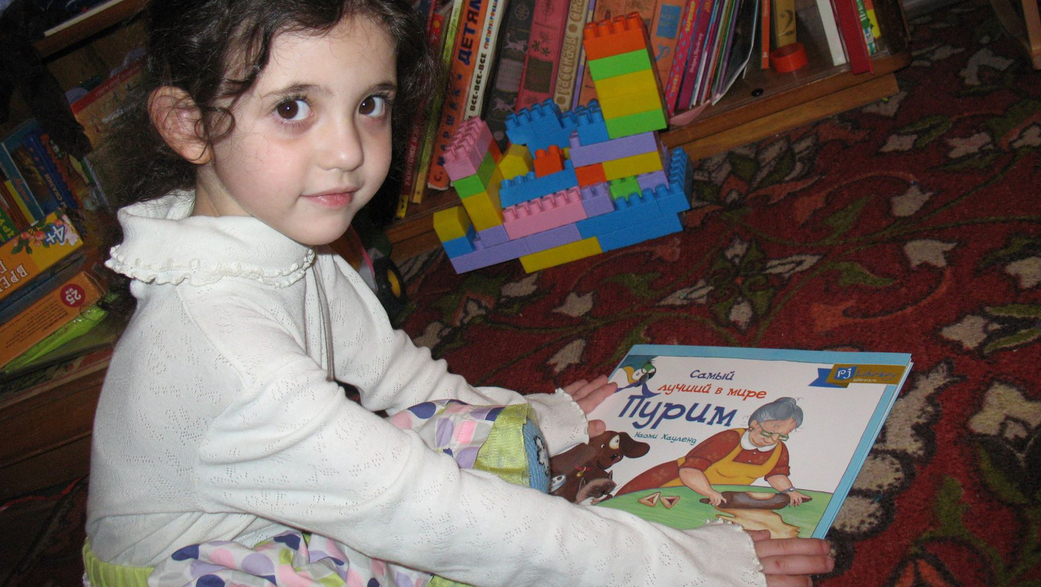 Despite the obvious difficulties, PJ library has remained resilient in the face of the challenges of the pandemic.

Jewish life in the former Soviet Union is in shutdown mode. Synagogues and JCCs are closed across Eastern European countries, and in-person events, conferences and seminars have been cancelled for months. But despite the obvious difficulties, PJ Library has remained resilient in the face of the challenges of the pandemic.

This December alone, the program – run by the Harold Grinspoon Foundation with the support of Genesis Philanthropy Group and other donors – delivered over 10,000 Hanukkah-themed children’s books by mail to Jewish families, from the Russian Far East to small towns in western Ukraine. The result has been an enrichment in home life and the holiday spirit for vulnerable Jewish families weathering the pandemic.

According to Marina Yudborovsky, CEO of Genesis Philanthropy Group, “We certainly did not know a pandemic was coming when we helped PJ Library launch in Russia, and then later to expand to Ukraine, but now it is clearer than ever, how important this was. During this Hanukkah, the program reached thousands of families with young children, providing them much-needed support that is not only educational, but a source of comfort, continuity and connection when they are most needed.”

This year’s book sent to kids age 6-8 years old for Hanukkah is called “Golem’s Latkes,” by Eric Kimmel, and is based on the legend of the medieval Prague Golem. In the story, after a Rabbi leaves his housemaid in charge while he visits the emperor, a Golem – a creature made from clay – comes to life and creates more latkes than the city can contain. In the end, the characters must figure out how to solve the ensuing crisis before it’s too late.

This latest book marked the fifth anniversary of PJ Library’s campaign distributing Russian-language books to families across the former Soviet Union. The program began in December 2015 for 1,000 children pre-registered by their parents, and since then, 15,000 children have benefited from the program in Russia and another 3000 children joined in Ukraine since 2019.

Since PJ Library extended its operations to Russia in 2015, 302,00 books have been sent as gifts.