A Year in the Life: Jewish Teens in the FSU 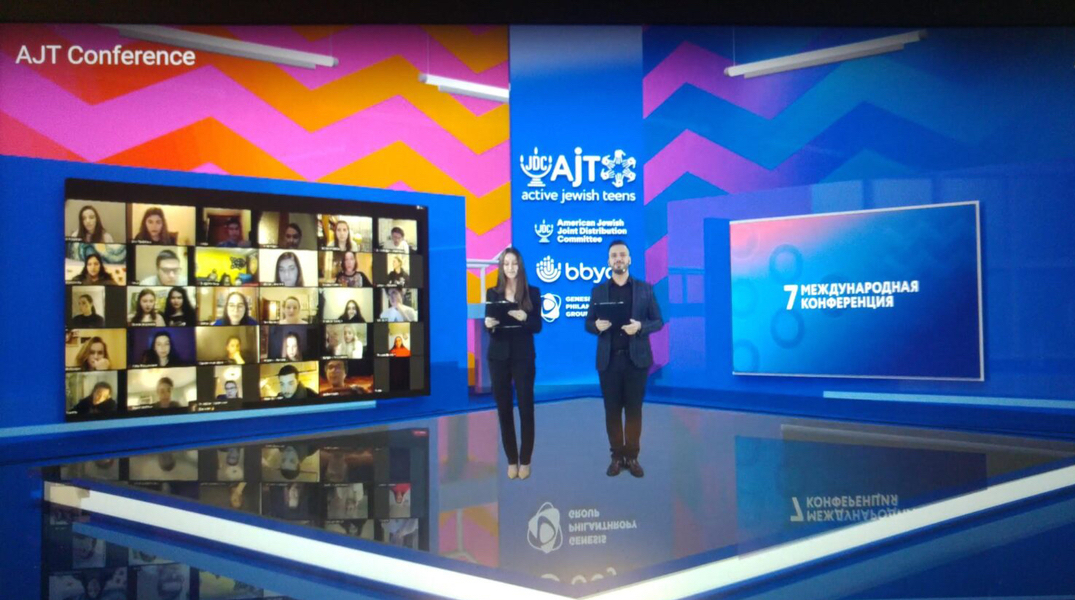 The unprecedented nature of 2020 – with its losses and changing pandemic landscape – had the potential to slow down Jewish life...

and those committed to building it. For Jewish teens in the former Soviet Union, who actively engage in this effort everyday with programs for their peers and wider community, the pandemic offered newfound inspiration to continue learning about their heritage, practicing traditions, and giving back to those in need.

Participants in Active Jewish Teens (AJT) – the youth initiative of the American Jewish Joint Distribution Committee powered by a founding partnership with BBYO and partnerships with Genesis Philanthropy Group and other supporters – spent the year volunteering, educating themselves and others, and building new platforms like an FSU Global Shabbat. In many ways, the more than 3,000 teens who are part of AJT led the widespread effort to keep Jewish life humming in the region even while in-person events were suspended.

Snapshots from their year – educational seminars, holiday classes, volunteer work, and leadership training – show a new generation of young Jews inspired by Jewish identity, leading their communities, and ensuring that Jewish values like tzedakah and l‘dor vador are imbued in all they do. For a region that carries with it legacies from the Holocaust and Soviet oppression, the dedication of these teens to forge on and build a Jewish identity on their on terms is a testament to the Jewish spirit.

Capping off a year of ongoing activity, more than 300 teens from Jewish communities around the former Soviet Union helped create and lead the annual AJT Conference, which took place on ZOOM last week. This year’s conference was no exception in its inspired content and included dozens of sessions, speakers and educators from Jewish communities around the world, participants from BBYO’s American and global cohorts, and the election of the new AJT co-Presidents.

Spreading Chanukah light in the darkness felt like a yearlong activity in the midst of the pandemic and AJT teens enthusiastically celebrated the holiday with numerous events, from doughnut making classes to candle-lightings to volunteer activities ensuring the most vulnerable could celebrate in isolation. The AJT chapter in Dnipro, Ukraine, worked to celebrate the holiday in person through numerous social distanced rules and mask-wear and focused on ensuring a candle-lighting experience for all in their community. They livecast the candle lighting and even included a sister chapter in the city of Litopol.

Many communities in post-Soviet countries have a tradition of making jam on the eve of the fall holidays. AJT Teens in Chelyabinsk, Russia, took part in a jam-making activity to benefit Good Jam Day, an event created by JDC-founded Jewish volunteer groups providing jams to seniors and other vulnerable across Russia, Ukraine, Belarus and Kazakhstan. Each jar is a symbolic gift from the teens to their community elders as well as a taste of the past for elderly who spent generations engaging in the jam-making tradition.

One of the pillars of AJT’s activities is volunteerism and creating Jewish communities that care for their most vulnerable. AJT participant Katya Rybak took the step of creating her own volunteer program for elderly Jews in lockdown in Moldova. Katya and her family own a café and made warm meals for seniors that were delivered by AJT teens working with the JDC-founded Volunteer Center and Hesed social welfare center in Chisinau, the Moldovan capital. The program provided three meals for elderly who could not leave home because of pandemic restrictions.

Prior to widespread regional lockdowns in March, dozens of AJT teens gathered in Rostov-on-Don for a four-day confab focused on building leadership skills and Jewish knowledge. This discussion breakout activity was one of many held during the seminar, which drew participants from Rostov, Moscow, and St. Petersburg. It was the last in-person seminar of its kind this year.

Shabbat is a highlight for Jewish teens engaged in the AJT network, a time for gathering with friends, singing raucous Kabbalat Shabbat songs, and inspired rituals. In February, more than three-dozen teens from Belarus enthusiastically created and led this Shabbat service for their peers. Singing, dancing, and prayer are integral to these celebrations and an opportunity to share these traditions with newcomers and others from their peer groups seeking Jewish connection.