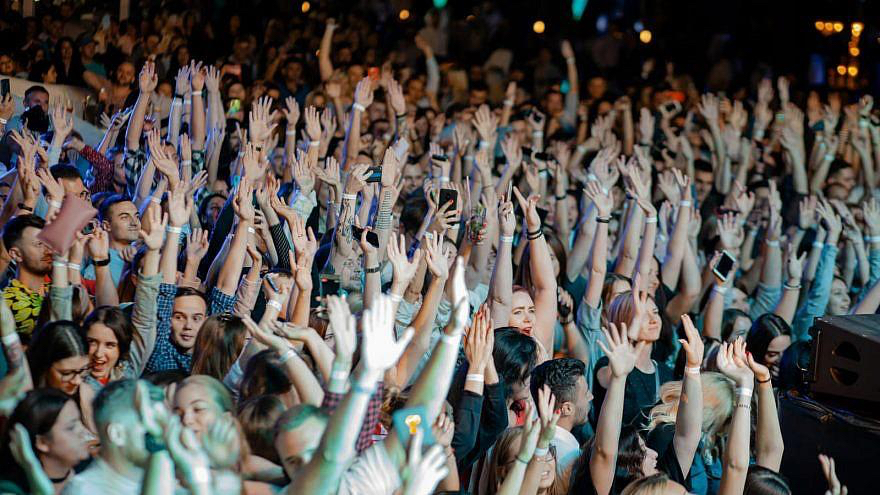 The Odessa festivities, designed to encourage potential candidates to sign up for a trip to Israel, was the largest Birthright gathering ever to take place outside the Jewish state.

Once home to Revolutionary Zionist leader Ze’ev Jabotinsky, and poet and thinker Chaim Bialik, Odessa has thrived as a historical and cultural center of Jewish life and ideas. While in 1939, one-third of the population of pre-war Odessa was Jewish, that number has since dwindled to only 1 percent.

The Jewish community of Odessa is beginning to thrive once again, strengthened by Birthright Israel, which this summer alone sent more than 700 Ukrainian Jews to Israel.

Birthright participants returning from the trip reported a substantial impact on importance placed on their Jewish identity, belonging to a Jewish community and being connected to Israel.

The mega-event on Sunday night was designed to encourage potential Birthright candidates to sign up for the life-changing trip. Festivities included a performance by the Ukrainian band Boombox. Attendees included Birthright Israel’s CEO Gidi Mark; Odessa Deputy Mayor Pavel Vugelman; Gennady Gazin, chairman of the board of Genesis Philanthropy Group; and delegations from Russia, Germany and Israel.