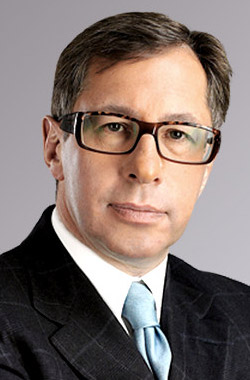 Petr Aven is an international businessman, economist, author and art collector. He holds a PhD in Econometrics. Petr is a co-founder and trustee of Genesis Philanthropy Group entities.

Petr is Chairman of the ABH Holdings, a multinational banking group, based in Luxembourg. ABHH controls banks in several European states including largest country private banks in Russia and Ukraine. As of 31 December 2016, ABHH operating companies had more than 36 thousand full-time employees, served more than 17.9 million corporate and retail clients, and a branch network of 1,161 offices.

Petr is also a co-founder of LetterOne (L1), an international investment business, headquartered in Luxembourg, with offices in London and New York. L1 has around $23 billion under management and buys and builds investments internationally – in the energy, telecoms and technology, health and retail sectors.

Petr Aven is the author of some scientific papers and books on economic and trade issues. In 2015 Petr Aven and Alfred Kokh published Gaidar’s Revolution: The Inside Account of the Economic Transformation of Russia. Petr is also a recognized art collector. In May 2015, pieces from his private collection were put on display at New York’s Neue Galerie in an exhibition examining early twentieth century Russian art and its relationship with German art of the time.

In 2015, Petr received the Woodrow Wilson Award for Corporate Citizenship in recognition of his contribution to corporate and public service to U.S.-Russia relations. The award was given to him in recognition of his many achievements in building understanding between Russians and Americans during his career. Prior to his business career - in 1991-1992 - Petr was Minister of Foreign Economic Relations for the Russian Federation and served as Russia’s representative to the G-7. He was personally responsible for liberalization of foreign trade and convertibility of ruble.

An active supporter of Jewish initiatives worldwide, Petr also co-founded the Genesis Prize, which is awarded annually in Jerusalem, and has been dubbed the Jewish Nobel by Time magazine.